Written By Steve Schmutzer – “If you like your health care plan, you can keep it.”  Remember that sham?

Here’s one that’s more recent, “I’m going to shut down the virus!” Only fools believed such drivel.

And just for good measure, here are a few more lies to churn your gut: “I did not have sexual relations with that woman,” “The holocaust never happened,” “I remember landing under sniper fire in Bosnia,” “The Benghazi attack resulted from a protest against a YouTube video,” “Jewish temples were never located on the Temple Mount,” and, “North Korea will freeze and then dismantle its nuclear program.”

I hope you’re wearing your boots, folks. It’s deep and stinky out there.

It’s beyond debate that we live in a culture of deception. I don’t even have to mention the names behind some of those quotes since certain people are known for their lies. Dishonesty is their brand.

Lies serve a purpose to those who speak them. Sometimes it’s an awkward attempt at self-preservation – a reaction to being found out.

That’s a kid with crumbs around his mouth telling his mom he didn’t eat the cookie. It’s a morally-bankrupt President stuck in “Zippergate” and debating the meaning of “is” on national television.

But many times, lies are used to serve a cause, to shape beliefs, and to conform the masses to an agenda. That’s the proactive form of deception, and it’s much more common these days than the reactive version.

Paul Watson, a founder of the activist group, Greenpeace, claimed, “It doesn’t matter what is true, it only matters what people believe is true.” According to Mr. Watson and many other radical social engineers, truth is irrelevant if it doesn’t achieve the desired outcome. For them, and for their followers, the end justifies the means.

The primary problem is the motive behind the lies. Henry Louis Mencken, the influential American writer and journalist said, “The whole aim of practical politics is to keep the populace alarmed — and hence clamorous to be led to safety — by menacing it with an endless series of hobgoblins, all of them imaginary.”

His point adds to Watson’s position. Their convictions are that intentional lies are useful – even necessary to achieve cultural conformity. We see that dynamic all around us right now.

While the first one seems largely unaware of the conflict it is in, the second one is strategic and aggressive. It’s populated by merchants of lies that battle to destroy the truth at all costs. Their consciences are seared, and they know exactly what they are doing.

Let me illustrate this another way. My son played football for nine years. His coaches told his team, “Be the hammer, not the nail.” My son’s been both, and there’ve been some painful lessons as a result. Football is a battle, and the other team is doing their very best to win. Everyone needs to be “all in.”

Truth faces similar challenges. Its opponents are radically committed to winning – damn the rules, and damn decorum! There are consequences for letting down one’s guard or underestimating this grave situation.

The Bible states that active deception will take center stage in the end times. One could argue we’re well into that dynamic already – and they’d be right – but in the final years before Christ’s Second Advent, Satan will exert unprecedented efforts to thwart his own inevitable demise. He’ll know “….his time is short” (Rev. 12:12), and if you think all the lies are bad now, they’re going to get a whole lot worse.

The tragedy of this terrible time to come is humanity will be deceived in myriad ways because they want to be. It’s just like now, but much worse.

From a rational perspective that doesn’t seem to add up, but it’s true all the same. The masses who will reject the truth will choose to believe Satan’s “counterfeit signs and wonders” instead (2 Thess. 2:9). They’ll embrace his lies because they’ll want any solution except Jesus Christ!

The Bible lays out this end time travesty as a graduating state-of-affairs. Those who want nothing to do with the truth will invest all their resources against it. Accepting one lie leads to accepting the next one, and so on. Along the way – humanity’s willful descent into full deception gathers force and consequence.

Things get worse as they go, and that process will look something like this:

THEY WILL REFUSE THE SAVING TRUTH

We must remind ourselves that “they” are those who missed the Rapture. They missed it because “….they refused to love the truth and so be saved” (2 Thess. 2:10). They rejected God’s salvation and the plain evidence of His “eternal power and divine nature” (Rom. 1:20). They’ll have put themselves in a really tough spot, but Romans says they’re “without excuse.”

THEY WILL REJECT THE CONTROLS OF TRUTH

The masses on the wrong side of the Rapture can still repent and be saved – though the costs of doing this are greater (Rev. 6:9-11) – or they can distance themselves from truth even more. Many will make the second choice. They will rally behind the antichrist’s decision to “throw truth to the ground” (Dan. 8:12). As they wallow in new patterns of lawlessness, they will consciously reject any rules that point to wiser alternatives.

THEY WILL REJOICE IN THE SILENCING OF TRUTH

Things get even uglier in Revelations 11 when God raises two powerful witnesses to deliver a potent reality check to a rebellious world. These two prophets of God will be hated for speaking the very truth that everyone desperately needs to hear and heed. When God finally permits them to be killed by the antichrist, the global community will throw a party and “gloat over” their bodies (Rev. 11:10). It’s a display of hyper-barbarism.

THEY WILL RAGE AGAINST THE PLAIN TRUTH

The Tribulation will be a time of unprecedented evangelism contained within a few years of unmatched horror and chaos (Matt. 24:21). Passages like Revelations 14:6-13 and 16:9-11 plainly affirm that the unregenerate masses will connect the God of heaven with the judgments they are receiving and the truth they’ve chosen to reject. While the Gospel will be made clear to every person on earth (Rev. 14:6; Matt. 24:14), masses of humanity will choose to curse God instead.

THEY WILL REGRET THEIR REFUSAL OF TRUTH

All their cursing, raging, rationalizing, and rejecting aside, everyone who persists in these choices ends up at The Great White Throne judgment (Rev. 20:11-15). It’s an awful place to be. Every single person throughout human history that refused the gift of salvation will stand before Jesus Christ this way, and their senses will be overloaded with incomprehensible terror. They will regret their situation and they will confess Jesus as Lord (Rom. 14:11), but it will be too late for them.

In contrast to the unregenerate masses who rebel against God through the full course, some people who are left behind after the Rapture will wise up and lay aside their personal agendas. They will learn their lesson the hard way, but the positive news is they still learned it.

This second group is qualified by a sobering assessment: they suffered and died “….for the word of God and the testimony of Jesus” (Rev. 1:9; 6:9; 12:17, et al). In other words, they found the eternal truth. They embraced it and they remained fully committed to it despite the extraordinary personal cost. At the end, they achieved the ultimate victory because they chose to be “all in.”

Our current crisis of truth is infecting everything everywhere, and despite the fact it’s a key tactic of the left, it’s not a new problem. In a key scene of the Gospel, Pilate asked Jesus, “What is truth?” (John 18:38). It was a rhetorical question, so Jesus remained silent. But Pilate had showed his real colors.

Like many people today, Pilate saw no truth or absolutes. Principles of right and wrong were shifting sands for him. His politics and convictions were defined by relativism and by his own ideological loyalties.

If something was personally inconvenient, it was eliminated. If it served his personal agenda, it was elevated.

The tragedy is Pilate had no idea who stood before him. Jesus embodied truth, and He’d just told the Roman Prefect a few seconds earlier, “For this purpose I was born and for this purpose I have come into the world—to bear witness to the truth. Everyone who is of the truth listens to my voice” (John 18:37). But, Jesus was no big deal to Pilate; he missed the point entirely.

Many people hate the name of Jesus. Others think Jesus is no big deal, and they miss Him completely just like Pilate did. But Jesus is exactly what the world most needs (John 3:16).

The Bible declares that Jesus Christ is truly God, and that His death and resurrection provides the only means by which lives are rescued now and for all eternity.

And that’s the truth.

“A Crisis of Truth” by Steve Schmutzer2022-01-192022-01-19https://hopeforourtimes.com/wp-content/uploads/2020/09/hfot-transp.pngHope For Our Timeshttps://hopeforourtimes.com/wp-content/uploads/2021/06/ryan-riggins-2kjjkrod2ra-unsplash-scaled.jpg200px200px
Recent Posts
Featured Articles:
Recommended:
© Copyright 2021 Hope For Our Times. All rights reserved.

“The End of Freedom” by Daymond DuckFeatured Articles 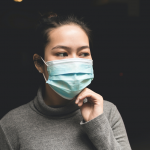 “They Don’t See It Coming” by Daymond DuckFeatured Articles