Written by Steve Schmutzer – If you respect the facts and know the truth – this is a maddening and senseless time to be living in.

For those of you like me – who react to lies and deception about as favorably as rolling around in a pile of moist manure – here are some facts to reorient your sanity’s compass during these crazy times.

This is the truth – like it or not.  These are facts – no matter who opposes or censors them, or what they say or how they say it.

In no particular order:

Want me to continue?  I certainly could.

There is much I could add about pro-abortion matters, the gender-disruptive assault on women’s sports, this administration’s disastrous foreign policy positions, activist judges, the blatant suppression of free speech, the media’s true role as propagandists, our record inflation, abandonment of Americans on foreign soil, and all sorts of senseless ‘woke’ postures and tyrannical trends that have sharply surged in JUST THE LAST YEAR!

But I imagine most of you are not reading this with a barf bag handy.  I don’t want to inconvenience you.

The overarching truth is that opening statement – this is a maddening and senseless time to be living in.

The parallel passages of Matthew 24, Mark 13, and Luke 21 describe a time in which deceptions will increase, in which pandemics will be prominent, in which famines and food shortages will threaten, and in which ‘wars and rumors of wars’ will increase.  They also mention a surge in earthquakes – – have you seen how many of those have been cropping up with greater frequency around the world now?

To be sure, we are seeing the early signs of trends that will ultimately culminate in Jesus Christ’s Second Coming.  The Bible makes this clear.

But in the meantime – we all need to find our second wind.  We need to straighten our spines.  We need to patiently endure.

You see, Jesus says about all these signs, “….but see to it that you are not alarmed. Such things must happen, but the end is not yet.”

Here are a couple of bottom line issues for you and I.  Number one: nothing’s out of control. This is all by God’s design, and Jesus warned us it would be this way. These things are proving your faith.

Number two: this is just the start – it’s going to get a whole lot worse.  No, you can’t vote your way out of this one.  See point 2 above.

Pick your friends carefully – – – and pick your church the same way. Be extremely wary of those who choose to believe and support the lies and deceptions. This is no time to be propping up anyone who’s not paying attention to the facts, but who’s rounding the corners of truth instead.

Those who are shedding their primary responsibilities, or who are trying to distract you from all that’s really going on are not ones who have your best interests at heart.

This is no time to be deluding yourself with the notion that things are going to get better, that Biblical prophecy is not important, or we just need to get someone with a red tie in the White House.

This is a time of raging evil.  It is animate, cognizant, and calculating – and it doesn’t care about you at all. This evil has been preparing for such a time as this.  It’s just getting rolling….

This is a time to be looking up.

“ADMIT THE TRUTH” by Steve Schmutzer2022-03-142022-03-14https://hopeforourtimes.com/wp-content/uploads/2020/09/hfot-transp.pngHope For Our Timeshttps://hopeforourtimes.com/wp-content/uploads/2020/01/james-coleman-tG6TwdeDMyI-unsplash-scaled.jpg200px200px
Recent Posts
Featured Articles:
Recommended:
© Copyright 2021 Hope For Our Times. All rights reserved. 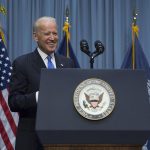