Written by Ed Cardwell – The ancients who read the signs of the times and foretold of coming judgments were by no means popular, but does anyone suspect that they were glad messengers to tell of horrible things to come?  We seriously doubt that they were joyful in seeing the advancing terrors.  It is more probable that they were quite aware that there lives and the lives of their families were in imminent danger as they proclaimed God’s messages.

How can anyone look at the world today and not see a confluence of events that would make the discerning heart tremble?  Yes, we desperately need men and women, like in the days of Saul, who could ‘understand the times’ and would know what the people should do. (1Chron 12:32)

The apostle Paul wrote, “For whatsoever things were written aforetime were written for our learning, that we through patience and comfort of the scriptures might have hope.”   (KJV Romans 15:4)

Although a coming judgment looms large on this nation’s horizon, there is still a message of abiding hope for the people of God through the inquiry and the application of the Word of God.  Let us examine the words spoken through Jeremiah who gives the final verdict on a wayward nation that was the ‘apple of God’s eye’.

Our God has stated plainly and in vivid detail the case of any people whose heritage is the full and intimate knowledge of the Living God but who so turn away in their rebellion and pursue their godlessness that the only remedy is extermination and annihilation.  The severe denouncement of such a people is read in Jeremiah 19: (The text is in bold italics.)

1“Thus says the LORD, ‘Go and buy a potter’s earthenware jar, and take some of the elders of the people and some of the senior priests. (The jar is for an object lesson (vs 10), and the leaders, including those of the ‘cloth’, are to be witnesses.)

2 Then go out to the valley of Ben-hinnom, which is by the entrance of the potsherd gate; and proclaim there the words that I shall tell you, (This valley, ‘son of Hinnom’ was the location where sacrifices to the god Molech were offered.)

3 and say, ‘Hear the word of the LORD, O kings of Judah and inhabitants of Jerusalem: thus says the LORD of hosts, the God of Israel, ‘Behold I am about to bring a calamity upon this place, at which the ears of everyone that hears of it will tingle.  (Both the elite and the common man, the rich and the poor, were addressed in this alarming forewarning.)

4 Because they have forsaken Me and have made this an alien place and have burned sacrifices in it to other gods that neither they nor their forefathers nor the kings of Judah had ever known, and because they have filled this place with the blood of the innocent  (Illicit sacrifices, including innocent children, were offered in the fire to these demon gods.)

5 and have built the high places of Baal to burn their sons in the fire as burnt offerings to Baal, a thing which I never commanded or spoke of, nor did it ever enter My mind; (A holy God would have no mind to do such a thing to those He created in His image.)

6 therefore, behold, days are coming,’ declares the LORD, ‘when this place will no longer be called Topheth or the valley of Ben-hinnom, but rather the valley of Slaughter.  (Topheth, or ‘place of fire’ will be renamed to fit its murderous demonic practices.)

7 And I shall make void the counsel of Judah and Jerusalem in this place, and I shall cause them to fall by the sword before their enemies and by the hand of those who seek their life; and I shall give over their carcasses as food for the birds of the sky and the beasts of the earth. (All of the affairs of these people shall come to naught, and they shall meet their demise in a form appropriate to their horrible wickedness.)

8 I shall also make this city a desolation and an object of hissing; everyone who passes by it will be astonished and hiss because of all its disasters.  (All of its enemies will rejoice at its calamities and marvel at their severity.)

9 And I shall make them eat the flesh of their sons and the flesh of their daughters, and they will eat one another’s flesh in the siege and in the distress with which their enemies and those who seek their life will distress them.’”  (Extreme starvation and famine, unknown to both the rich and poor of this nation of God’s blessings, will be a shocking horror in the midst of their distress as they resort to cannibalism.)

SUMMARY FOR THE PROSECUTION

The moral corruption which led to this divine indictment is two-fold:  God says,

NO REST FOR THE DEFENSE

The law of God is crystal clear:

And no expiation can be made for the land for the blood that is shed upon it,

Surely the silence of the majority of churches and Christian voices, which should be the most outspoken, manifests our warped national conscience.

The Lord has a compelling question for the inquiring listener to this indictment:

“An appalling and horrible thing

Has happened in the land:

And the priests rule on their own authority;

And My people love it so!

10 “Then you are to break the jar in the sight of the men who accompany you (The object lesson begins.)

11 and say to them, ‘Thus says the LORD of hosts, “ Just so shall I break this people and this city, even as one breaks a potter’s vessel, which cannot again be repaired; and they will bury in Topheth because there is no other place for burial. (As the jar is dashed into irreparable pieces, all of the mundane affairs, the routine activities, the hopes and dreams, and the respect and dignity of this people and the greatness of their city will be dashed to ruins and vanish away.  There will be no glorious sepulchers or high vaulted tombs; their bodies will be thrown as rubbish into the ‘place of fire’.)

12 “This is how I shall treat this place and its inhabitants,” declares the LORD, “ so as to make this city like Topheth.  (This promise is from their once Benefactor, now Judge, who will turn the whole city into a ‘place of fire.’

13 “And the houses of Jerusalem and the houses of the kings of Judah will be defiled like the place Topheth, because of all the houses on whose rooftops they burned sacrifices to all the heavenly host and poured out libations to other gods.”’”  (The mansions of the rich and the comfortable habitations of the common folk will be plundered and burned because of their insatiable desire to serve the demon gods.)

14 Then Jeremiah came from Topheth, where the LORD had sent him to prophesy; and he stood in the court of the LORD’s house and said to all the people:  (Now the Word of the Lord is proclaimed for all to hear.  No one will have an excuse.)

15 “Thus says the LORD of hosts, the God of Israel, ‘Behold, I am about to bring on this city and all its towns the entire calamity that I have declared against it, because they have stiffened their necks so as not to heed My words.’”  (The certainty of the great disaster foretold through the prophet is now declared as to the reason:  their refusal to believe the Word of the Lord and thus honor His name.)

A FINAL WORD OF ADMONITION TO THE WISE

(From the Song of Moses)

“For they are a nation lacking in counsel, And there is no understanding in them.

29 Would that they were wise, that they understood this,

That they would discern their future!

EPILOGUE FOR THE HOPEFUL

There is a remedy, however improbable, but there is Scriptural precedent for its possibility.  In the book of Jonah, chapter 3, we read of Jonah’s visit to the great city of Nineveh, the capital of the Assyrian Empire.  Even under compulsion Jonah walked through the city ‘one day’s walk’ crying out to the people, “Yet forty days and Nineveh will be overthrown.”

A fascinating response came from a very unlikely source:  the king of Nineveh!   The narrative continues in verse 6:

“When the word reached the king of Nineveh, he arose from his throne, laid aside his robe from him, covered himself with sackcloth, and sat on the ashes.

7 And he issued a proclamation and it said, ‘In Nineveh by the decree of the king and his nobles: Do not let man, beast, herd, or flock taste a thing. Do not let them eat or drink water.

8 ‘But both man and beast must be covered with sackcloth; and let men call on God earnestly that each may turn from his wicked way and from the violence which is in his hands.

9 ‘Who knows, God may turn and relent, and withdraw His burning anger so that we shall not perish?’

10 When God saw their deeds, that they turned from their wicked way, then God relented concerning the calamity which He had declared He would bring upon them. And He did not do it.”   (NAS Jonah 3:6-10)

We must remember that our God does not sleep nor does He take time off; He is fully occupied with reigning over this universe and governing from His throne of glory.  He is intent on seeing His plans carried out to the minutest detail.  Isaiah said of Him, “Declaring the end from the beginning And from ancient times things which have not been done, Saying, ‘My purpose will be established, And I will accomplish all My good pleasure’.”  (NAS Isaiah 46:10)

He knows every detail of our lives and even our thoughts, and He knows the end from the beginning.

God so honored this king of Nineveh’s humble response and his proclamation to pray to God for forgiveness for their wickedness, that He relented upon the threat and his kingdom was spared!

Could it not also be for us and for our nation?  The Scriptures also say that “If my people, which are called by my name, shall humble themselves, and pray, and seek my face, and turn from their wicked ways; then will I hear from heaven, and will forgive their sin, and will heal their land.”  (KJV 2 Chronicles 7:14)

This is a promise that is still in force today.  Let us pray earnestly that we ourselves and our leaders will likewise be touched by the message of the prophet Jeremiah and seek the Lord and His forgiveness for our sins and our wickedness, that we all will turn from our wicked ways, and that we and our land will be healed, and that His blessings will continue to flow in this great nation under God.  Amen! 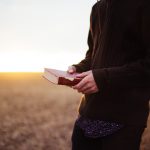 “The Power of God” by Daymond DuckFeatured Articles 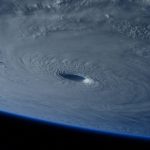