Written By Olivier Melnick – Boycotts, censorship and cancellations have become very popular words in 2020. From “Cancel Culture” to “Social Network Censorships” to ” Boycott, Divestment & Sanctions (BDS)”, people are being exposed to what it means to have our civil liberties reduced, altered or even revoked. We are being exposed to the danger of such actions and the repercussions they will have on us and the next generations. Of all of these attempts at crippling our freedom, the BDS movement is most likely the least of them when it comes to affecting Americans. Outside of a certain segment of the evangelical community–vocally and militantly pro-Israel–the rest of the Church and most Americans either don’t care or don’t know about BDS. If you are one of my subscribers, this might only be a refresher, but this bears repeating.

BDS isn’t an invention of the Church, but it has become increasingly attractive to many Evangelicals, where some believe that it is a valid, yet peaceful way to protest against Israel. There are several problems with that train of thought, but let us first look at the source of the BDS movement. You might be surprised by what you discover.

It is ironic that most of the people taking such a political stand have very little knowledge of how it got started and by whom. This movement was started on July 9, 2005, by the Palestinian civil society and orchestrated by the current leader of the Palestinian Authority, Mahmoud Abbas and the Palestinian BDS National Committee. Omar Barghouti is co-founder of and main spokesperson for BDS. His organization claims that Israel must meet three obligations for BDS to stop:

Too often, there is an unspoken expectation from the Palestinian side. Much of the “not-so-hidden” agenda of the Palestinian Authority is focused on the destruction of Israel and the Jews. At the time that the Palestinian people were invented in the mid-1960s, the problem of refugees didn’t exist. The Jewish people abandoned the use of the term Palestine when Israel was declared a State in 1948. The word became exclusively descriptive of the Arab side and was adopted by Arafat when he created the PLO (Palestine Liberation Organization.)

The creation of a Palestinian narrative that has been vindicated by the last 50 years of historical fabrications has helped the world to turn on Israel. But the Palestinian Authority doesn’t really care about the wellbeing of even their own “citizens.” If they did, they would never use some of their own people as human shields or use schools and hospitals to store weapons and explosives. They are obsessed with the demonization of Israel, the turning of David into Goliath! If they succeed, they are just one step closer to seeming justified when they attempt to annihilate Israel. It is actually quite scary to see how much the West has been swayed towards the Palestinian agenda over the last few decades. Although, some of the Palestinian agenda has been recently set back by the signing of the Abraham Accords and the additional countries joining ranks in establishing formal relations with Israel.

The Palestinian Authority takes great pains to misinform, or simply not inform, the people they are trying to influence with the facts surrounding their standoff with Israel. The proper word for it is “propaganda!” The hope is that most people would accept their lies and historical revisionism simply as facts, and too often they do! UN Resolution 194contains one short paragraph out of 15 on compensation to refugees – not even Palestinian refugees in particular – but refugees in general. People truly need to verify statements before they buy them and then sell them back as facts. Interestingly enough, the only specific identifying term used in that resolution is “Palestine,” and within the context of that 1948 document, it is clear that it refers to the geographical area known as Israel, not a people group.

BDS was born out of a Palestinian desire to enroll otherwise unengaged and apathetic people in their fight against Israel. The Palestinian Authority and Hamas’ goal might be the total destruction of Israel, but that is not a good marketing technique to recruit supporters for their agenda. Creativity calls for other means of striking the Jewish people.

What if they could get support from different groups of people? This would greatly help their agenda, wouldn’t it? BDS does just that and it does it well, in the government, the entertainment industry, the universities, and even some Christian denominations such as The Presbyterian Church USA (PCUSA) whose General Assembly voted in the spring of 2014 to divest from three companies engaged in business with Israel (Caterpillar Inc., Hewlett-Packard, and Motorola Solutions). This is the same PCUSA that unsuccessfully tried to blot out the name Israel from their prayer and hymn books in 2014, leading to a split within the denomination.

Originators of BDS count on the altruistic feelings associated with boycotting for a social justice issue. It becomes easy for anyone to feel good by refraining from buying Israeli products. This seems like a peaceful and worthy protest that could (from their perspective) make a difference and force Israel away from occupation, apartheid and crimes against humanity. Of course, the current BDS supporters are plagued with decisions to Boycott that forces them to be very inconsistent at best. Divestment is usually a matter of reinvesting your funds elsewhere, and there are plenty of opportunities for such a move. When it comes to boycotting, it is a bit trickier, especially if you want to be consistent and do it with integrity. People will easily stop buying Jaffa® oranges or Osem® cookies from Israel, but don’t ask them to stop using the Intel® chip in their personal computers or their mobile phones altogether (both originated from Israeli ingenuity). The boycott crosses into academia and entertainment as well as business.

BDS is dangerously infecting the masses with the wrong idea about Israel. It is evident that Israel isn’t “100% squeaky clean” when it comes to politics, but they are a far cry from the picture that BDS is painting. People might have different opinions on how antisemitic the BDS movement is, or if it even is, but one must wonder why BDS aims at stopping Israel from their “crimes” against Palestinians, and yet, they are turning a blind eye to all the other countries where real crimes against humanity and ethnic cleansings are taking place. What an obvious case of double-standard!

BDS becomes very dangerous when it reaches the political realm and can turn into official policy-making and even bills and laws. Recently, the Biden administration picked Mr. Maher Bitar as the Senior Director for Intelligence on the NSC. The NSC or National Security Council describes itself as follows, ” The National Security Council (NSC) is the President’s principal forum for considering national security and foreign policy matters with his or her senior advisors and cabinet officials.” Maher Bitar’s résumé includes a very long list of anti-Israel involvement, BDS support, radical Islamist terrorism, and plain and simple antisemitism. Shouldn’t the Senior Director for Intelligence on the NSC be an intelligence professional?

BDS might be only aimed at Israel with its destructive agenda, but it is the symptom of a much greater threat to Wester civilization. We can and must expose it, denounce it and fight against it.

Additionally, another thing we can do is to make sure that we do our best to buy Israeli products in the USA to beat the BDS proponents at their own game. There are sites offering a partial list of what BDS wants you to boycott. While the mentioning of this list doesn’t mean that this author endorses all of it, you will undoubtedly find plenty of brands that you already support; just review them, keep at it, and tell others. This would be a strong application of Genesis 50:20 when Joseph proved to his brothers that what some want to use for evil, God can turn around and use for good: “As for you, you meant evil against me, but God meant it for good in order to bring about this present result, to preserve many people alive.”

What BDS proponents, by commission and omission, too often have in common is a lack of a biblical approach to Israel and the Jewish people. Biblical truth provides a solid foundation for Israel. It describes a people created by God through Abraham, Isaac and Jacob and the twelve Tribes of Israel as well as precise land boundaries starting early in Genesis 12 and continuing through chapters 15, 17, and following. Zionism isn’t this evil colonialism feeding on Arab blood, yet without a biblical backbone, Zionism lacks the strength to fight the hypocrisy, hatred and double-standard of the BDS campaigns around the world. BDS relies on the Bullying, Delegitimizing and Slandering of Israel and does it on a foundation of lies that can be debunked. If truth really matters, let us speak up! So instead, let’s Buy, Defend and Support Israel, Israeli products and corporations.

“BDS doesn’t only affect Israel, it should concern all of us!” by Olivier Melnick2021-01-302021-02-17https://hopeforourtimes.com/wp-content/uploads/2020/09/hfot-transp.pngHope For Our Timeshttps://hopeforourtimes.com/wp-content/uploads/2021/01/0.jpg200px200px
Recent Posts
Featured Articles:
Recommended:
© Copyright 2021 Hope For Our Times. All rights reserved. 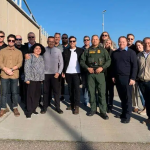 I Went to the U.S.-Mexico Border: This Is What I Really SawFeatured Articles 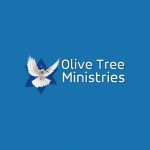 “The Purge” by Jan MarkellFeatured Articles