Written By Daymond Duck – Jesus compared the end of the age to the days of Noah and the days of Lot.

So much Bible prophecy is being fulfilled, these days could also be called the days of prophecy.

Here are some recent events that caught my attention.

One, in early Mar. 2021, Israel announced plans to build the “Peace Railway” to connect Israel with the Gulf nations, China, the EU and others.

This could take a few years, but it is prophetically significant because China has already spent hundreds of billions of dollars building the “silk railroad” to the Middle East, and the Bible teaches that the Kings of the East (probably China and others) will invade the Middle East during the Tribulation Period.

Netanyahu did not name the 4 nations, but it is believed that 3 of them are Indonesia, Mauritania and Saudi Arabia.

If 4 more agreements are signed, that would up the “Abraham Accords” to 8 nations.

Three, concerning the Battle of Gog and Magog: on Mar. 19, 2021, Middle East expert Joel Rosenberg said “the threat of war between Israel, Iran and Hezbollah is rising.”

He noted that three Israeli leaders took emergency trips to Europe and Russia to relay Israel’s concern that war is coming.

Rivlin has also secured an invitation to visit the U.S. to address a joint session of Congress (the time of this depends on when Congress can meet because of Covid).

Four, also concerning the Battle of Gog and Magog: on Mar. 21, 2021, it was reported that there is a growing alliance between Russia, Iran and Turkey and a growing dislike by these three nations for the U.S.

Russia, Iran, and Turkey are working together to divide up Syria and gain more influence in the Middle East.

Six, concerning world government: in a video that has reportedly gone viral on social media, a doctor from Ireland, Anne McCloskey, warned that “The Great Reset” is being pushed by globalist elite individuals and groups that want to drastically reduce the population of the earth.

McCloskey believes the Coronavirus crisis is a created event that people are using to establish a totalitarian world government.

McCloskey warned that these people are coming for you and everything you have, including all of your property, savings, and freedom.

It is important to understand that the Antichrist and False Prophet will use the economy (buying and selling) to control people and silence or eliminate those who disagree with their godless world government.

Seven, concerning the cashless society: it is being reported that one goal of “The Great Reset” is to completely transform the global money system into a cashless society.

Central Banks in several nations, including the U.S., are already discussing the creation of digital currencies that can be tracked.

People will not be allowed to buy and sell without them.

For your information, the Republican Gazette recently reported that the cryptocurrency market has passed one trillion dollars in value.

This is fact, not a conspiracy theory that could be several years in the future.

Something like this could be a precursor to the Mark of the Beast.

Nine, concerning mandatory vaccinations and tracking people, on Mar. 17, 2021, the Israeli Knesset approved a bill to require certain people to wear an electronic bracelet that will monitor whether they are obeying Israel’s quarantine laws or not.

These bracelets, called “Freedom Bracelets,” won’t track a person’s movements, but if that person leaves the area that they have been quarantined to, the authorities will be notified.

Officials are using Covid as an excuse to race toward many kinds of tracking systems to locate and keep up with the movement of people.

Ten, concerning the Coronavirus, the Center for Disease Control and Prevention (CDC) recently reported that 85.01 million doses of vaccine were given in the U.S. between Dec. 14, 2020, and Mar. 5, 2021.

The short-term risk of death or serious affliction is small, but it is there, and there has not been enough time to determine unknown long-term risks.

In addition to the above, on Mar. 16, 2021, the Office of Attending Physicians reported that only 75% of the members in the U.S. House of Representatives have been vaccinated.

Even though 25% have not been vaccinated, all House members are allowed to use the House gym showers, locker room and swimming pool.

So, why are gyms, etc., locked down in several cities and states when House members are using the House gym, etc.?

Eleven, I want to share an e-mail from a reader that doesn’t want to be vaccinated.

Much of it is over my head, but it is well-stated and, in my opinion, very important.

Twelve, here is another interesting e-mail from a reader in MO.

No one is date-setting, but this is amazing, if true, and I pray that it will brighten your day.

The reader’s pastor asked his congregation at their Wednesday night Bible study to open their Bible to the last two verses in the Bible (Rev. 22:20-21).

The verses are 20 and 21 (as in the year 2021), and they read, “He which testifieth these things saith, Surely I come quickly. Amen. Even so, come, Lord Jesus. The grace of our Lord Jesus Christ be with you all. Amen.”

Some would love for Jesus to come quickly for His Church in 2021.

“Days of Prophecy” by Daymond Duck2021-03-292021-03-29https://hopeforourtimes.com/wp-content/uploads/2020/09/hfot-transp.pngHope For Our Timeshttps://hopeforourtimes.com/wp-content/uploads/2020/02/aaron-burden-c333d6YEhi0-unsplash-scaled.jpg200px200px
Recent Posts
Featured Articles:
Recommended:
© Copyright 2021 Hope For Our Times. All rights reserved. 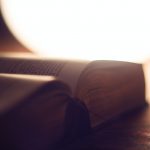 “♪ Where Have All the Children Gone? ♪” by Ed CardwellFeatured Articles 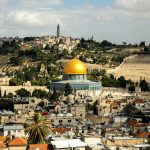