My apologies to those of you that just laughed and snorted your coffee through your nose.

In the last 24 hours, a full-scale Russian war against Ukraine was started.  Putin did what Putin does. He’s a thug who wants to return Russia to the ‘glory days’ of the Soviet Union. In April of 2005, news outlets around the world reported Putin stating the collapse of the Soviet empire “was the greatest geopolitical catastrophe of the century.”

Putin needed to wait till he smelled decay and weakness in American leadership. He wasn’t going to do anything with 45 in the saddle.  No way!

Putin waited to pull off his plans till the blustering, bellowing, brutish, bungling, bellicose, and buffoonish behavior of the left was fully in charge – these were folks he could intimidate and have his way with. Specifically, Putin needed an American President who would weaken his own nation, who would return America to being dependent on its adversaries for oil, and who would make foolish decisions that generously padded the coffers of Russia with energy revenues.

It’d be a bonus if that President was feeble, laughable, fake, demented, feckless, irrational, weak, incoherent, and totally compromised on the world stage. Somebody like that would fold like a cheap tent. That would be ideal.

Now Putin can also deal with another thorn in his side.  Putin can now remedy the unrelenting charade about “Russian corruption” too. He’s sick and tired of the Democrats blaming he and his nation for things they were not responsible for.

Putin is going to overwhelm Ukraine and put the entire nation back under the paw of the big bear. And when he does, he’ll expose Ukraine as the center of Biden’s corruption.

Everyone that did crooked deals with the Biden Crime Family will get the screws put to them. This will embarrass Biden, demoralize the US and its allies, give Putin blackmail leverage, and reduce America to a whimpering, groveling, toothless nation that only protests whenever dictators do what they want around the globe.

Make no mistake, China is watching all of this with a big wad of napkins to soak up their drool.  North Korea is doing the same thing – – and so is Iran.

This is all playing out according to God’s Word.  A day is coming that we already see is gaining definition on the world stage. Ezekiel 38 and 39 provide in detail a prophecy that concerns Russia, Iran, Turkey, and other countries in that part of the world.

As the Bible clearly states it, these nations will join forces and invade Israel at some point.  Among other dynamics, it’ll be a decision that seeks to take advantage of America’s weakness. We see strong alliances forming right now between Russia, Iran, and Turkey – and of course, we also see America being reduced to comedy status.

Ezekiel 38:13 says, “Sheba and Dedan (the ancient areas around Saudi Arabia and the UAE) and the merchants of Tarshish (British Isles) with all its villages (or ‘young lions’ – nations founded by the British Empire, like America) will say to you (in context: the leader of Russia), ‘Have you come to plunder?’”

The picture here is clear.  A time is coming when Russia and its Mideast allies will take advantage of western weakness to attempt to invade Israel. America – as one of the ‘villages of Tarshish’ – will bluster and protest.  It will do nothing more than squawk – just like it’s doing now.

The Bible says God will protect Israel supernaturally. The Bible also makes it clear that Russia’s forces will be completely decimated when they invade Israel – as will all the forces of Russia’s allies.

All put another way, God has sovereignly worked through mankind’s depravity to put a fool in the White House and to set the stage for the fulfillment of Biblical prophecy.

Russia is emboldened right now with Biden’s ineptness, as is China, North Korea, and Iran.  “Wars and rumors of wars” (Matt. 24:6) will escalate with America’s fade on the world stage, but it’s all part of God’s plan.  As my last FB post stated, God “removes kings and sets up kings” (Dan. 2:21), and God is not caught by surprise at any turn of events on the world stage.

The times are troubling on strictly the human level.  But for those who are truly ‘in Christ,’ these are exciting parts of history to live in.

The truth of God’s Word is being affirmed right here right now in myriad ways.

“FOOLS AND STAGES” by Steve Schmutzer2022-03-142022-03-14https://hopeforourtimes.com/wp-content/uploads/2020/09/hfot-transp.pngHope For Our Timeshttps://hopeforourtimes.com/wp-content/uploads/2022/02/alex-zarubi-bpbfaenpen4-unsplash-scaled.jpg200px200px
Recent Posts
Featured Articles:
Recommended:
© Copyright 2021 Hope For Our Times. All rights reserved.

“Rules for the Remnant” by Pete GarciaFeatured Articles 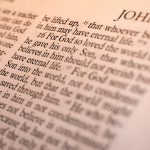