Written by Daymond Duck – Here are 10 reasons why people would be wise to study Bible prophecy.

When asked about the signs of His coming, Jesus said, “And because iniquity shall abound, the love of many shall wax cold” (Matt. 24:12).

Iniquity and a declining love for God are not new, but they appear to be spreading globally, and they are rapidly spreading in the U.S.

One, concerning persecution, the Biden administration is supporting a misnamed piece of legislation called the “Equality Act.”

Franklin Graham said, “The Equality Act is a threat to life as we know it in our nation.”

Tony Perkins, Pres. of the Family Research Council, said it will be “a catastrophic loss of religious freedom in America.”

It is about forcing everyone in the U.S. to adopt the government’s position on gay rights; transgender surgeries; forcing churches, Christian organizations, schools, hospitals, and others to hire gays, not criticize gays, accept gay marriage, pay for transformation surgeries, allow males to call themselves female to compete in female sports, use female locker rooms, female bathrooms, etc.

Simply put, it is about controlling the citizens of the U.S. It will destroy freedom of speech in America and authorize stiff punishment of those that don’t comply.

Two, the Antichrist will head up a godless world government, and I have often mentioned that the current Democrat Party left all mention of God out of their party platform.

On Feb. 26, 2021, the Equality Act was being debated in the U.S. House of Representatives, and several Republicans accused the Democrats of ignoring Biblical values by supporting abortion, same-sex marriage, gender identity, etc.

Greg Steube, a Republican from Florida, said, “When men or women claim to be able to choose their own sexual identity, they are making a statement that God did not know what he was doing when he created them.”

Jerry Nadler, a Democrat from New York, said, “What any religious tradition describes as God’s will is no concern of this Congress.”

America is now a godless nation, run by a godless party in a godless world, and that is a strong sign that the judgment of God will follow.

Trump has been censored, but God cannot be censored without consequences.

Three, concerning a departing from the faith in America, a recent Barna survey of voters in the 2020 presidential election found:

Add to this the fact that America’s President refers to himself as “a good Catholic” despite the fact that he supports same-sex marriage, abortion, the proposed Equality Act (persecution of Christians), globalism (the coming satanic world government), the Global Ethic (the coming godless world religion), etc.

It is getting easier to believe that God will remove (Rapture) His Church and let this godless world have what it is asking for (and it won’t be pretty).

One reporter, Dave Kubal (President and CEO of Intercessors for America), said he heard a couple of themes: 1) Trump sees his followers as part of a movement that wants something done about the corruption in government, and 2) They want their government to support godly values.

In other words, Trump believes he represents people that want the Constitution to be followed, laws to be enforced, and the Judeo-Christian values that America was founded upon to be maintained.

Referring to the Republican Party/the American people, Trump said, we’re “in the middle of a historic struggle for America’s future, America’s culture, and America’s institutions, borders, and most cherished principles.”

He said, “In one short month (under Biden), we have gone from “America First” to “America Last.”

These are striking statements considering that the Bible teaches godless government will prevail over the whole earth before the Second Coming of Jesus.

Five, some prophecy teachers have referred to the rebuilding of the ancient city of Babylon as the last great sign to be fulfilled in Bible prophecy.

Saddam Hussein started rebuilding the ancient city of Babylon in the 1980s, but since he was in a costly war with Iran, he had to stop.

Several improvements have been made at the city since Saddam’s time, and the UN has designated it as a World Heritage Site, but that is not enough.

On Feb. 23, 2021, it was reported that the Iraqi government is determined to rebuild their nation and its ancient city (one of the 7 wonders of the world).

They already have small groups of tourists to the area, a few hotels have been built, and there are boat rides on the Euphrates River, but they want to do more.

Starting on Mar. 5, 2021, Pope Francis will spend 4 days touring sites in Iraq (the land of Babylon) that Iraqi officials want to use to draw tourists (perhaps pilgrimages) and international funding for construction projects in Babylon.

The religious center called “The House of One” (some call it a Churmosquagogue) will house a Church, Mosque and Synagogue under one roof so Christians, Muslims, Jews, and others can worship in the same building (and perhaps together).

Seven, concerning the Battle of Gog and Magog and Iran’s quest for nuclear weapons:

We don’t know when, but prophecy teachers believe the stage is being set for this great battle.

“Iniquity and Cold Love” by Daymond Duck2021-03-082021-03-08https://hopeforourtimes.com/wp-content/uploads/2020/09/hfot-transp.pngHope For Our Timeshttps://hopeforourtimes.com/wp-content/uploads/2021/03/priscilla-du-preez-x_jaypjskyi-unsplash-scaled.jpg200px200px
Recent Posts
Featured Articles:
Recommended:
© Copyright 2021 Hope For Our Times. All rights reserved. 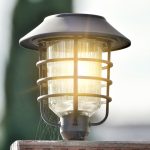 “…A LIGHT UNTO MY PATH” by Ed CardwellFeatured Articles 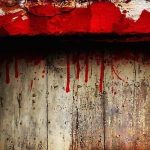