Written by Olivier Melnick – Saying that Yeshua (Jesus) was one of the most controversial figures of all time is not an exaggeration. He was a revolutionary, a rebel and a rabbi. His existence is seldom put into question by anyone, even those who don’t believe in God. Another aspect of Yeshua that until recently was never argued was His human origin. He was born of human parents–a human mother to be exact, and an adoptive father. His ethnicity is also a slam dunk. Since His mother was Jewish, He was Jewish. Well, I wish it was that simple, but unfortunately, He has recently been painted as a Palestinian. Let us look at how and why such a claim is made and if there is any validity to it.

First, let me start by defining the meaning of Palestine. While the exact origin of the name “Palestine” is still debated, there are aspects of the word’s meaning that we can know for sure. It once possibly described a people group known as the Philistines, but that people group was in no way connected to the current era Palestinians – not ethnically, not linguistically, not historically and not culturally. In A.D. 132, the Jewish Bar Kochba revolt took place against the Romans. Things didn’t end well for the Jewish people; and in addition to a bloodbath of gigantic proportions, Israel was renamed Palaestina by the Romans. The rebranding of the land with the name of their enemies, the Philistines, was an effort to undermine Jewish history and humiliate the Jewish people further.  Jerusalem was also renamed Aelia Capitolina by emperor Hadrian. The name Palestine stuck and continued to be used after that time. It is nowhere to be found in the Bible.

When the British were in control from 1922 to 1948, the area was governed under what was known as the British Palestine Mandate. In the original text of the Mandate itself, dated 1922, we can read:  “Whereas recognition has thereby been given to the historical connection of the Jewish people with Palestine and to the grounds for reconstituting their national home in that country.”

We should not have an issue calling Israel “Palestine” as long as it is a description of the landmass of Israel prior to 1948. Up to that time in history, the term “Palestine” simply described a piece of land in the Middle East. Even after Israel became a State in 1948 and the name Eretz Yisrael started being used, the word “Palestine” was not an issue for anybody; it was more or less an outdated name for the land of Eretz Yisrael. It is after that time, and under the leadership of Yasser Arafat, that the definition for Palestine went from geographical to political, in an attempt to describe a displaced people group named “the Palestinians”, in need of an “ancestral” homeland. Before the 1960s, historical documents were replete with descriptions of Israel as Palestine, such as the British Palestine Mandate already mentioned. Israeli stamps, coins and newspaper said “Palestine”, and nobody cared. Palestine was always synonymous with Israel, the Jewish State. Arabs in neighboring countries never called themselves Palestinians, but rather Syrians, Lebanese, Jordanians, Egyptians, etc. Most Arabs in the early 1900s would have argued that Palestinian Arabs were simply Syrians as Mitchell Bard documents in his well-researched book Myths and Facts: A Guide to the Arab-Israeli Conflict. He writes: “Prior to partition, Palestinian Arabs did not view themselves as having a separate identity. When the First Congress of Muslim-Christian Associations met in Jerusalem in February 1919 to choose Palestinian representatives for the Paris Peace Conference, the following resolution was adopted: We consider Palestine as part of Arab Syria, as it has never been separated from it at any time. We are connected with it by national, religious, linguistic, natural, economic and geographical bonds.”

God used different names for the Land of Israel such as “The Land of Canaan” (Genesis 17:8), “The Promised Land” (Genesis 50:24), or even “The Land” (Exodus 6:8), nowhere in the Bible is Israel ever called Palestine even once. Even the Qur’an (Sura Maida 5:21-22) mentions the “Holy Land” in the context of Moses and the spies preparing to enter the Land of Canaan; but never does it call it Palestine. Jerusalem isn’t even mentioned by name in the Qur’an.

Today, nobody questions the etymology of the word “Palestine” and that is a shame. What is really sad, is that the Arab refugees who were forced by their own countries to remain in Israel post-1948 ended up having children who then had children. These innocent subsequent generations have been labeled “Palestinians” for political gain. They are real people who deserve a real home and a decent life. Backtracking to pre-1948 “Palestine” would connect them all with one or another of the neighboring Arab countries, but that doesn’t serve the current antisemitic agenda of Israeli occupation, colonization and ethnic cleansing, does it?

This would be bad if it stopped there, but it doesn’t. To garner more support from Christians who might not check the accuracy of what they are told, there is now a movement to paint Yeshua as a Palestinian and not a Jew. This is part of what can be called Christian Palestinianism.

In his book For Zion Sake, Dr. Paul Wilkinson writes about the grave danger posed by Christian Palestinianism: “Christian Palestinianism is an inverted mirror image of Christian Zionism. All the basic elements of a Christian Zionist eschatology are reversed so that the Bible is seen to be Christian, not Jewish, the land of the Bible is Palestine, not Israel, the son of God is a Palestinian, not a Jew, the Holocaust is resented not remembered, 1948 is a catastrophe, not a miracle, the Jewish people are illegal occupiers, not rightful owners, and biblical prophecy is a moral manifesto and not a signpost to the Second Coming.”

To some, this might sound like an exaggeration that nobody will take seriously. I wish it were true, but there are groups of Christians who actually buy into that lie. Such a group is SABEEL. While I honestly understand the desire of such a group to minister to Arab Christians, I strongly disagree for it to be done at the expense of historical truth. Another venue where “reconciliation” between Jews and Arabs who believe in Yeshua is claimed, is Christ at the Checkpoint. That venue seems to preach a reconciliation that looks a lot like a one-way street towards complying with antisemitism and Christian Palestinianism.

), not Bethlehem, Palestine, and it would be another 700 years before Arabs would get to the Promised Land and invade it. At the time of His crucifixion, Yeshua had a sign nailed above His head that read, Iesvs Nazarenvs Rex Ivdaeorvm meaning “Jesus of Nazareth King of the Jews” in Latin. It never said King of the Palestinians.

Victimhood and social justice go hand in hand, and if we can lead some people to believe that the Messiah was a Palestinian, it would go a long way to help further the myopic Palestinian agenda. To that end, in 2013, Mahmoud Abbas declared in a Christmas message that “Jesus was a Palestinian messenger who would become a guiding light for millions.” Linda Sarsour, who describes herself as a Palestinian-Muslim-American, tweeted in 2009 that Jesus was a Palestinian from Nazareth. It is important to note that neither Abbas nor Sarsour cares about what Yeshua represents as they both claim to be Muslims. Even if Yeshua is mentioned in the Qur’an, He is never recognized as Messiah. Fortunately for them, from a public relations standpoint, “Jesus the Palestinian” sells well!

It doesn’t help when UNESCO decides to call the Temple Mount only by its Muslim name. So, the Kotel or western wall is called al-Buraq wall, and the area in front of it the al-Buraq plaza. It is also claimed that the Al-Aqsa mosque on top of the Temple Mount is the mosque that is referred to in the Qur’an (17:1). There it talks of a journey Muhammad made at night from the Sacred Mosque (Mecca) to the “Farthest Mosque”. Muslim scholars have later identified “The Farthest Mosque” with Jerusalem, but there was no mosque in Jerusalem at that time. Additionally, the al-masjid Al-Aqsa mosque was built in AD 705, which happens to be 73 years after the death of Muhammad. Here we have a historical anachronism conveniently ignored.

Setting the record straight from the Jewish Bible, Yeshua is from the tribe of Judah (Genesis 49:10

). Judah was one of the twelve sons of Jacob who was not a Palestinian. Yeshua is from the line of King David, one of Israel’s most famous biblical kings (2 Samuel 7:14

). David was never called the king of Palestine. Yeshua was born in Bethlehem, Judea (Micah 5:2

), long before the world bought into the concept of the “occupied territories” that I prefer to call the “disputed territories”. Yeshua was also to be a prophet like Moses (Deuteronomy 18:15-19

), and Moses was not a Palestinian prophet. Yeshua was also circumcised (Luke 2:21

History, geography and archeology all testify to the Jewishness of Yeshua. Anyone trying to cancel his Jewish roots is ignoring it all and is guilty of historical revisionism. Unfortunately, in the age of canceling anything and anyone that might be offensive to the current politically correct agenda, making Yeshua into a Palestinian doesn’t seem so far-fetched. Calling Him a Palestinian will not change who He was and who He continues to be. It will only lead people astray from the true Yeshua and His simple message of redemption and salvation, as well as encourage anti-Semites to further cancel anything Jewish in order to ostracize and demonize our people.

By the way, I have often received criticism from my own Jewish people for being a follower of Yeshua, but NEVER because He was a Palestinian. Just sayin’!

“Jesus the Palestinian…Really?” by Olivier Melnick2021-04-092021-04-09https://hopeforourtimes.com/wp-content/uploads/2020/09/hfot-transp.pngHope For Our Timeshttps://hopeforourtimes.com/wp-content/uploads/2020/04/ahmed-abu-hameeda-D9lCSvUcErk-unsplash-scaled.jpg200px200px
Recent Posts
Featured Articles:
Recommended:
© Copyright 2021 Hope For Our Times. All rights reserved. 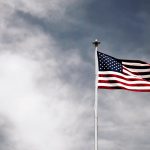 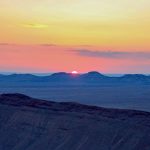 “Stand up and speak out now” by Daymond DuckFeatured Articles