Written by Daymond Duck – As I understand it, Jesus taught that there will be a generation that sees all the signs beginning to come to pass (Luke 21:28).

He was saying the generation that sees everything shaping up is to know that their redemption (deliverance; the completion of God’s plan) is drawing near.

Many prophecy teachers agree that the terminal generation signs are appearing like never before.

The following reports appear to back that up.

As you read these reports, realize that:

The reprobate minds that are promoting the globalist agenda are taking the world toward prophetic fulfillment and a time of tribulation like never before.

One, last week, I wrote that on Aug. 7, 2022, the U.S. Senate passed the $739 billion deceptively named “Inflation Reduction Act” (the Congressional Budget Office, hundreds of economists, a few Democrats, and every Republican says it will not reduce inflation).

This week, I want to add to that:

The concern is that the IRS is seeking to hire thousands of agents that will be heavily armed and willing to kill U.S. citizens; at the same time, some government officials want to disarm U.S. citizens; and the U.S. is supporting a group (the WEF) that wants to confiscate everyone’s property.

Is the government afraid U.S. citizens might fight to keep their homes, farms, and other possessions?

Two, concerning corruption: on Aug. 11, 2022, it was reported that Sen. Ron Johnson said, “We have a corrupt medical system in this country. From the pharmaceutical companies, down to the federal health agencies through to the research agencies and the medical journals.”

The corruption is in several layers of our government, and that is very troubling.

It is easy to believe that the U.S. government will support the coming deceitful New World Order.

Three, concerning corruption: on Aug. 12, 2022, William Koenig reported in Koenig’s Eye View that some people believe Pres. Trump has documents that suggest the involvement of high-level FBI and DOJ officials in the Russian collusion hoax and other schemes.

There is some speculation that the high-level FBI and DOJ officials sent the FBI agents to Mar-a-Lago to find and seize the evidence Trump has.

Skeptics should recall that FBI agents have been caught lying to judges and the media about the Russian collusion hoax, and DOJ officials have falsely called parents domestic terrorists for complaining about CRT being taught in schools, etc.

(More: Speculation that this was a dirty trick to keep Trump from running for Pres. again is also rampant.)

(More: On Aug. 15, 2022, it was reported that Rep. Jim Jordan said 14 FBI Whistleblowers have visited Republican members of the House Judiciary Committee alleging misconduct by leaders of the FBI.)

Almost 74% of the 16 to 80-year-old Jews that have returned from Ukraine are women because fighting-age men are not allowed to leave the country while the war is raging.

This brings to mind the fact that war will cause a shortage of men during the Tribulation Period, resulting in seven women being willing to marry one man so they can have a child (Isa. 4:1).

Five, concerning food shortages and famine: on Aug. 9, 2022, it was reported that:

Farmers are losing their livelihood, food shortages will increase, and past reports have said these policies are going to be forced on nations all over the world.

They are part of the “Transforming our World: the 2030 Agenda for Sustainable Development” goals.

(More: on Aug. 13, 2022, on The Common Sense Show, Dave Hodges said this issue of cattle polluting the air is mentioned in Biden’s “Inflation Reduction Act.” Hodges didn’t say what the bill says about it, but he did say it is in Biden’s bill, and he said food shortages are coming.).

Using less nitrogen fertilizer is also part of the “Transforming our World: the 2030 Agenda for Sustainable Development” goals.

(More: While the current U.S. administration is falsely claiming that the U.S. has zero inflation, the UN is warning that food prices will keep rising because the price of fertilizer will keep rising, and crop yields will decline.)

Seven, concerning a global population reduction: on Aug. 12, 2022, it was reported that Yuval Noah Harari, chief advisor to World Economic Forum (WEF) head Klaus Schwab, said that the world does not need most of its current population.

According to Harari, Artificial Intelligence (AI; Robots, etc.) is replacing people, the shift to AI is increasing, and an increasing number of people are becoming useless.

Harari and the WEF value the environment and sustainability more than they value the lives of people.

Eight, concerning America’s abandonment of God: on Aug. 12, 2022, it was reported that the Fargo, North Dakota school board has decided that it is illegal to recite the pledge of allegiance to the flag of the U.S. because it mentions God and does not “align with the districts diversity, equity and inclusion values.”

According to the school board’s vice president, “The pledge had to go because it might upset the Hindus, Muslims, and atheists.”

Nine, concerning pestilence and deceit: on Aug. 15, 2022, Jill Biden, wife of Pres. Joe Biden, tested positive for Covid even though she has been double vaccinated and had two booster shots (jabbed for Covid 4 times).

By now, everyone should know that vaccinations and booster shots do not keep people from getting Covid.

Vaccinated and boosted people may have a milder case of Covid (or they may have a dangerous or life-ending side effect from the vaccinations), but they can still get Covid.

Sadly, we should follow the money because there is some talk of forcing people to be vaccinated for Monkey Pox and other pandemic scare tactics.

The safety of the public should take precedent over political donations and Big Pharma profits.

Ten, concerning food shortages: on Aug. 8, 2022, it was reported that government-funded propagandists in some western nations are now using children’s books to teach children to eat insects and weeds to save the planet from natural disasters and climate change.

The report said this could be dangerous to children.

Eleven, concerning world government and a possible rise of Ten Kings: on Aug. 16, 2022, Russian Pres. Vladimir Putin said (in my words with my explanation):

I do not know that Putin’s view of a multipolar world is Ten leaders of groups of nations, but I believe we could be seeing the beginning of that.

“Like Never Before” by Daymond Duck2022-08-242022-08-24https://hopeforourtimes.com/wp-content/uploads/2020/09/hfot-transp.pngHope For Our Timeshttps://hopeforourtimes.com/wp-content/uploads/2020/08/marcus-kauffman-iretlQZEU4-unsplash-scaled.jpg200px200px
Recent Posts
Featured Articles:
Recommended:
© Copyright 2021 Hope For Our Times. All rights reserved. 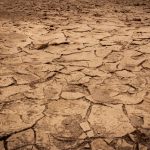 “Advice From the Pits of Hell” by Daymond DuckFeatured Articles