Written by Daymond Duck – On June 1, 2022, Anne Graham Lotz, Billy Graham’s daughter, wrote, “Our beloved nation is melting down. The jettisoning of traditional Judeo-Christian values has seemed to erupt at warp speed. Lying, corruption, deception, betrayal, and greed are becoming the norm. Fear, rage, lawlessness, murder, suicides, and drug and alcohol abuse seem out of control. The signs the Bible gives which characterize the last generation of human history are warning indicators. Could it be our world is coming under God’s final judgment? If so, then the time before Jesus returns for His followers is running out.”

Here is a link to the entire article:

Here are more reports on things that are taking place:

One, concerning shortages: on May 25, 2022, Bloomberg reported that fuel shortages, drought, and heatwaves in Asia, Europe, and the U.S. could cause rolling blackouts (no electricity) in less than one month.

According to Bloomberg, commodity disruptions, the war in Ukraine, and Biden’s failed effort to transition away from fossil fuels are going to cause electric power systems to fail (putting one billion people at risk worldwide and likely including U.S. citizens in six states from California to the Great Lakes).

Two, concerning food and fuel shortages: on June 2, 2022, Bill Wilson (Senior Analyst for Koenig’s Eye View) wrote, “According to the U.S. Department of Agriculture, a family of four on a thrifty food plan paid $917 for groceries in May, up about 65 percent from a year ago. Gasoline prices have jumped over 53 percent, from $2.46 a gallon when Biden first took office, to $4.62 a gallon on Monday. The American Automobile Association asks on its website, “Is this the calm before the storm?” The answer is a loud yes.”

More: On June 2, 2022, it was reported that Jamie Dimon, CEO of JP Morgan Chase, said an economic hurricane is coming our way and “you better brace yourself.” Dimon said his company doesn’t know whether this will be a weak or a strong hurricane, but his company is preparing for “bad outcomes.”

(Note: On June 6, 2022, physician and writer Dr. Brian Joondeph predicted that it will be a category 5 hurricane.)

More: On June 3, 2022, Mike Adams (Brighteon) predicted that food shortages in the U.S. will lead to food riots resulting in “martial law in America before the mid-term election.”

More: Adams is not the only prophecy teacher that believes Biden may use food shortages, electrical shortages, or some other crisis to cancel the mid-term elections so the Democrats won’t be voted out of office.

My opinion: We are witnessing the result of Biden’s “Build Back Better” plan (weaken America to entice citizens to accept the NWO — world government).

Three, on June 6, 2022, Pres. Biden declared a national energy emergency for the next 24 months (unless it is canceled first).

Two “multiple factors” listed in his declaration are Russia and climate change.

Biden didn’t mention his cancellation of the Keystone pipeline and the oil leases on federal lands.

My opinion: America’s energy crisis is not being caused by Russia or climate change. America is deliberately being weakened from within. This is part of the WEF “Great Reset” (a transition from the old normal to the New World Order by 2030 or sooner). It is one of many scare tactics.

I believe Americans will soon be told:

From a Biblical perspective, I believe:

Four, concerning world government: on June 6, 2022, it was reported that Wayne Allen Root (Radio host, writer, and Libertarian Party candidate for Pres. of the U.S. in 2008) said he believes the U.S. economy is being destroyed so fast that the U.S. will not make it to the 2024 elections (and he is not even sure the U.S. will make it to this November’s mid-term elections).

We now have one of America’s former Presidents (a Republican, Trump) and a former candidate for President (a Libertarian, Root) saying America may decline and collapse before the 2024 elections, and this is in addition to Anne Graham-Lotz’s statement that “Our beloved nation is melting down.”

My opinion: If the U.S. economy is destroyed before 2024, the global economy will go down with it.

My opinion: I have also long believed that the Rider on the Black Horse in Rev. 6:5-6 is hyperinflation and a global economic collapse and that rider will be released by Jesus early in the Tribulation Period.

My opinion: I agree with those that believe the people in Washington are too intelligent to get America in this mess, so it must be deliberate.

I think they are deliberately transitioning to the UN 2030 Sustainable Development Goals, and that is not good for America.

Time will tell, but 2024 is drawing near, and multitudes could know soon.

Five, concerning world government: on June 6, 2022, Mexico’s Pres. Obrador suggested that the U.S. and Mexico should erase their border and merge the two nations, and in case that sounds ridiculous, he announced that he will meet with Pres. Biden at the White House next month to discuss this very issue.

It seems incredible that any President of the U.S. would even discuss a merger with Mexico, but then, Biden stopped construction on the border wall and said he will make the NWO happen.

The NWO is about a borderless world (world government).

The U.S. government-funded CDC data shows that in the U.S.:

Readers should be aware that only a small fraction of the adverse reactions get reported to the CDC (put another way, the facts are much worse than the CDC numbers show, and this is allowed because the CDC is concerned that more accurate numbers would cause more people to refuse to be vaccinated).

Also, these numbers are just for the U.S. (they do not include data from other nations).

Seven, concerning the Days of Noah (wickedness): on June 8, 2022, it was reported that a man with a weapon and burglary tools that said he wanted to kill Judge Richard Kavanaugh was detained outside the Judge’s home.

One problem with evil in America is that one of the main political parties is okay with wickedness and violence by some people (Antifa, Black Lives Matter, abortion demonstrators, etc.), but they accuse and refuse to tolerate violence or the accusation of violence and wickedness from others (Jan. 6 demonstrators, some Trump officials, etc.).

They refuse to prosecute some groups and deny Constitutional protections to other groups.

If these corrupt officials don’t correct this two-tiered legal system, God will eventually deal with it.

Click here to read the article!
“Melting Down and Running Out of Time” by Daymond Duck2022-06-132022-06-13https://hopeforourtimes.com/wp-content/uploads/2020/09/hfot-transp.pngHope For Our Timeshttps://hopeforourtimes.com/wp-content/uploads/2022/06/aron-visuals-bxoxnq26b7o-unsplash-scaled.jpg200px200px
Recent Posts
Featured Articles:
Recommended:
© Copyright 2021 Hope For Our Times. All rights reserved. 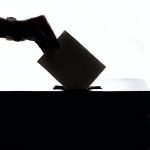 “At Least Two Goals, Not One” by Daymond DuckFeatured Articles