Written by Daymond Duck – On Mar. 15, 2022, U.S. Sec. of State Antony Blinken said (on CNN’s Situation Room), “I am confident of, first of all, there will be an independent Ukraine a lot longer than a Vladimir Putin. One way or the other, Ukraine will be there, and at some point, Putin won’t. The real question is how much death and destruction are brought by Russia’s aggression in the meantime.”

Blinken is right; the day will come when there will be no more Putin, and if he is Gog (as in Ezek. 38), it could be sooner than anyone thinks (pray for his salvation).

Here are some stories that made the news in recent days.

One, concerning the New World Order (NWO; world government): on Mar. 16, 2022 (the day after Blinken predicted the end of Putin), it was reported that Putin said, Western “attempts to have global dominance is coming to an end.”

It is my opinion that Russia’s invasion of Ukraine is partly (not totally) a struggle over the structure of the New World Order (whether Ukraine will be in the EU region, in the Russian region, etc.).

Putin’s attempt to break the West’s global dominance will fail, and the Antichrist will ultimately come out of the EU.

I was recently asked if Putin is Gog.

We don’t know the identity of Gog, but we can express an opinion.

It is my opinion that Putin might be Gog.

God can take Putin’s life and replace him with someone else anytime God wants, but if we are as close to the Rapture and Tribulation Period as I think, Putin could be Gog.

He could lead his army and allies in an attack on Israel and die during that battle (Ezek. 39:1-5).

Biden made some comments about the New World Order (world government), and several websites have posted links to a video containing what he said.

Concerning the New World Order, Biden said, “We are at an inflection point in the world economy, not just the world economy, in the world, and that occurs every three or four generations. One of the top military people said in a secure meeting the other day [that] 60 million people died between 1900 and 1946. Since then, we have established a liberal world order, and that hasn’t happened in a long time, a lot of people dying, but nowhere near the chaos. And now is the time when things are shifting. There is going to be a New World Order out there, and we’ve got to lead it. We’ve got to unite the rest of the free world in doing it.”

It was the Pres. of the U.S. (not a Bible prophecy teacher) that said the New World Order (world government) is coming.

The UN intends to have it up and running by 2030 or sooner.

Pres. Biden is trying to unite the world to meet that goal.

According to the Bible, the coming world government will be:

(FYI: Notice from point one above that Putin and the West are struggling with each other over who will dominate the New World Order.)

Three, concerning a global economic collapse and famine early in the Tribulation Period: on Mar. 17, 2022, the International Monetary Fund (IMF) said the war in Ukraine is undermining the global economy because it is:

(More: On Mar. 18, 2022, a coordinator at the UN World Food Program (WFP) said bombed roads, bridges and trains in Ukraine are collapsing Ukraine’s food supply chain. It was also reported that an official at the UN Food and Agriculture Organization (FAO) said the war may cause a global surge in malnutrition and famine.)

Four, concerning the decline of America: on Mar. 20, 2022, Salvadoran Pres. Bukele expressed the opinion that Joe Biden and his handlers are destroying America, and it is likely on purpose.

Bukele posted this on Twitter: “Something so big and powerful (America) can’t be destroyed so quickly unless the enemy comes from within.”

(FYI: On Mar. 22, 2022, concerning Biden’s economic strategy and inflation causing gasoline, food, housing, utilities, etc., to surge: Pres. Biden said, “Our strategy is working.” The NWO he supports is for everyone to own nothing, and it looks like it is working.)

Five, also concerning the decline of America: on Mar. 21, 2022, it was reported that U.S. Sec. of State Blinken requested a meeting with Saudi Arabia and the UAE to discuss energy prices, and both governments refused to receive him.

Six, on Mar. 20, 2022, it was reported that the International Energy Agency (IEA) wants world leaders to ban the use of cars in cities on Sundays, limit the kinds of vehicles that can be driven on certain days, impose a tax on SUV’s, reduce speed limits, and more to achieve climate change goals.

If the climate change fanatics get their way, everyone will be poor, most will have to walk, and the population of the earth will be greatly reduced.

Seven, concerning the division of Israel and the Battle of Armageddon (Joel 3:2): on Mar. 15, 2022, the U.S. Ambassador to Israel said Israel’s construction of homes in Judea and Samaria is “infuriating” and “stupid.”

He said he tried to stop some recent construction that would connect Maale Adumim to Jerusalem but could not.

He said, “We can’t have the Israelis doing settlement growth in East Jerusalem or the West Bank.”

For whatever it is worth, God made an everlasting covenant to give East Jerusalem and the West Bank to the Jews (Gen. 17:7-8).

God also promised to bless those that bless Israel and to curse those that curse Israel (Gen. 12:2-3).

Putin is not the only thing that is coming to an end; the U.S., the NWO, and the end of efforts to divide Israel will come too.

Eight, concerning earthquakes increasing in frequency and intensity at the end of the age: on Mar. 16, 2022, a 7.3 earthquake struck near the same location as the 2011 earthquake and tsunami that damaged the nuclear reactors at Fukushima, Japan.

The quake caused power outages, cracks and broken windows in a few buildings, and the derailment of a high-speed bullet train. But for the most part, the injuries and damage were light.

Nine, concerning the ability to track everyone on earth: on Mar. 16, 2022, two computer scientists wrote an article saying, “Billions of digital devices (inside your TV, home, office, vehicles, refrigerator, etc.) are scanning and sensing your movements every day.”

The ability to track everyone is now a fact.

Ten, also concerning the ability to track everyone: on Mar. 9, 2022, Pres. Biden signed an executive order giving government agencies six months to consider the establishment of a digital currency (some officials say it is already a done deal).

Simply put, it is a surveillance scheme that will likely lead to the Mark of the Beast, and about half the world appears ready to get on board now.

Eleven, concerning corruption and deceit: on Mar. 16, 2022, after 17 months of lies, denials and censorship by the Democrats, mainstream media, social media, etc., The New York Times finally confirmed that the Laptop from Hell belongs to Hunter Biden and the incriminating e-mails are authentic.

Some believe the corruption and deceit were deliberately carried out to impact the 2020 election, and the wrong man, the head of the Biden crime family, was declared the winner.

A big question is, “Why is The New York Times admitting the Biden family’s criminal activities now?”

Are some Democrats thinking about replacing Pres. Biden?

Twelve, concerning the Battle of Gog and Magog: in late Feb. 2022, Russia’s deputy ambassador to the UN told the UN Security Council that Russia does not agree with Israeli sovereignty over Jerusalem, including West Jerusalem and the Golan Heights.

On Mar. 16. 2022, it was reported that a Russian military patrol was spotted near the Golan Heights in Syria. 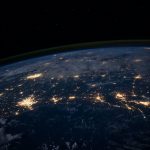