Written by Pete Garcia – So I have both the embedded video, and the link to the rumble platform, depending on which version serves you better (streaming/buffering/etc.). Also below are the notes I use to talk through things.

1. Whereas Mr. Yeltsin had cajoled, blustered, and flattered, Mr. Putin spoke unemotionally and without notes about his determination to resurrect Russia’s economy and quash Chechen rebels. Flying home, I recorded my impressions. “Putin is small and pale,” I wrote, “so cold as to be almost reptilian.” He claimed to understand why the Berlin Wall had to fall but had not expected the whole Soviet Union to collapse. “Putin is embarrassed by what happened to his country and determined to restore its greatness.” Former Sec. of State Madeleine Albright (On Putin in NYT 23FEB2022) (My emphasis)

2. Aleksandr Dugin’s Fourth Political Theory: The Fourth Political Theory (Russian: Четвертая политическая теория, Chetvertaya Politicheskaya Teoriya) is a book by the Russian political analyst and strategist Aleksandr Dugin, published in 2009. In the book, Dugin states that he is laying the foundations for an entirely new political ideology, the fourth political theory, which integrates and supersedes liberal democracy, Marxism, and fascism.[1] In this theory, the main subject of politics is not individualism, class struggle, or nation, but rather Dasein (existence itself).[2] (Source)

(Existence as in TO BE or NOT TO BE) and deals with the post-modern world, the post-communism, and post-fascist regimes. Seems to imply a multi-polar regionalization of sorts- Greater Africa, Greater Europe, Greater Pacific Asia, Greater South America, Greater China, Greater Eurasian Project, Greater America, etc.

“Eurasianism is a toxic combination of ideas taken from metaphysics, symbolism, esotericism and racism,” says writer Claude Forthomme. “It has deep roots in Dugin’s bizarre ethnocentric historical vision in which Russia occupies the central place and the West the periphery. Western liberalism is totally rejected and the Russian people are promoted to rule the continent. Dugin argues that he arose at the dawn of time and predates all other peoples. Therefore, it has the right to rule over other peoples on the Eurasian continent”.

“When the U.S. drove five waves of NATO expansion eastward all the way to Russia’s doorstep…, did it ever think about the consequences of pushing a big country to the wall?” – spokesperson as reported by China state-affiliated media

“So until a new world order is established in which the US is weaker and its role diminished, we will be in more or less acute political conflict with them.” Quoting State Duma Foreign Affairs Committee- Aleksey Pushkov (close ally to Putin) (Source)

What does this mean?

America has a horrible record of predicting where it will fight its next war. As former Secretary of Defense Robert Gates famously said:

When it comes to predicting the nature and location of our next military engagements, since Vietnam, our record has been perfect. We have never once gotten it right, from the Mayaguez Incident (Khmer Rouge-Cambodia ship seizing) to Grenada, Panama, Somalia, the Balkans, Haiti, Kuwait, Iraq, and more—we had no idea a year before any of these missions that we would be so engaged.4

1. MUTUAL PAIN: Both the US and EU are going to feel these sanctions as well (higher gas prices, higher consumer price for consumer goods, etc.)

US Oil Suppliers (Imported to the US) (Keystone Pipeline?)

2. REPERCUSSIONS: Severe sanctions could trigger a major response from Russia- could be a strategic nuclear strike, a massive cyber-attack, a strategic attack on our currency, or something related to our outstanding debt

3. 4TH POLITICAL THEORY: Russia will only take what it can hold or control. It will seek to put a pro-Russian government inside of Ukraine and will ensure that Ukraine never breaks away again. Same with the Baltic States- he wants to scare them into some form of submission. Do not see an invasion of them unless some other triggers (permanent bases in Poland, Lithuania, Estonia, or Latvia) demand Russian action

4. AWAKENED TIGER: China with its own weakening economy, and generational population challenges, is going to jump into the fray WRT Taiwan

5. UNABLE TO SUSTAIN TWO MAJOR REGIONAL CONTINGENCIES (MRCs): Will stress our ability to fight multiple conflicts in multiple domains. As of 2018, a new report from the Heritage Foundation’s 2019 Index of US Military Strength who states the threat to U.S. interests from abroad remains “high,” as America faces challenges from what the Pentagon has deemed the “4+1 threats” — Russia, China, North Korea, Iran and terrorism.

Anti-American forces believe they have cracked the code on how to bring us down- promote two or three conflicts at the same time.

A Strong Force Showing Its Age. The U.S. Army is currently the world’s most powerful army, but it is also too small to meet even the modest requirements of the 2018 National Defense Strategy (NDS), much less the standard of being able to handle two major regional contingencies simultaneously, which most experts believe is necessary. It also is not sufficiently modern. Heritage Military Strength Assessment

Force Too Small to Execute the NDS. Army leaders have consistently stated that the Army is too small to execute the National Defense Strategy at less than significant risk. As of September 30, 2021, the Army had an authorized total end strength of 1,012,200 soldiers:

THOUGHTS 1. Sanctions backfired: from Russia’s perspective, if the US was willing to put sanctions on Russia for simply recognizing the breakaway regions, why not go ahead and take the rest of Ukraine?

The US under Joe Biden project abject weakness 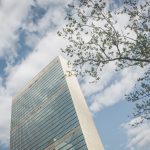