Written By Daymond Duck – On Apr. 5, 2021, the Harbingers Daily staff posted an interview that Dr. Franklin Graham did with Tony Perkins, Pres. of Family Research Council.

The interview was really about a bill in Arkansas to ban gender transition and puberty blockers for minors that Gov. Asa Hutchinson vetoed.

Graham said America is in a free fall of moral decline and he does not believe America will turn around, but he does believe the Church can help slow it down.

Graham urged pastors and Church members to stand up and speak out.

Graham said, “The worst thing that could happen is for the Lord Jesus Christ to come back and find us sitting on our hands and keeping our mouths shut.”

The following current events indicate the need to stand up and speak out now because it will soon be too late.

One, concerning world government: on Mar. 30, 2021, 24 world leaders published an open letter in major publications around the world calling upon all nations on earth to unite, end nationalism (sovereignty of nations), and prevent future pandemics.

Tedros Adhanom Ghebreyesus, head of the World Health Organization (WHO), said, “The aims were clear: To bring countries together, to dispel the temptations of isolationism and nationalism. And to address the challenges that could only be achieved together in the spirit of solidarity and cooperation – namely peace, prosperity, health, and security.” (“peace” and “security” means “peace and safety”)

The letter was not signed by the heads of Russia, China, and the U.S., but leaders in those nations spoke positively about the effort.

A minority of leaders said a treaty to unite the nations and end nationalism will lead to a world government.

Cohen’s Jewish News Service article about current events sounds very much like the Book of Revelation’s description of the coming world government of Antichrist.

“Stand up and speak out now” by Daymond Duck2021-04-132021-04-13https://hopeforourtimes.com/wp-content/uploads/2020/09/hfot-transp.pngHope For Our Timeshttps://hopeforourtimes.com/wp-content/uploads/2020/06/timothy-kassis-JjCNaVpoFro-unsplash-scaled.jpg200px200px
Recent Posts
Featured Articles:
Recommended:
© Copyright 2021 Hope For Our Times. All rights reserved. 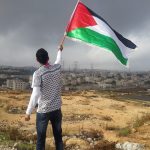 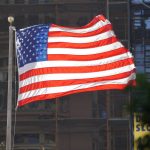 “Cry Out to God” by Daymond DuckFeatured Articles