Written by Daymond Duck – Concerning life during evil times, Paul said, “See then that ye walk circumspectly, not as fools, but as wise, Redeeming the time, because the days are evil” (Eph. 5:16-17).

Do not let the corruption of this world distract you, be thoughtful, walk wisely, walk in the will of God, and use the time you have left to serve Him.

Here are some reasons to believe the days are evil.

One, concerning Israel’s recent war with Hamas and the Palestine Islamic Jihad, here are a few things that caught my attention:

For your information, here is this writer’s understanding of the ceasefire:

Why shouldn’t Hamas go to war if world leaders reward them like that?

Of course, some always say the money helps the Palestinian people.

In my neck of the woods, people call that “Hog Wash” (blarney, a lie, nonsense, stupidity, etc.).

In my words, Vigano said:

Four, concerning the tracking of all buying and selling, on May 24, 2021, it was reported that the Federal Reserve expects a money system similar to a digital dollar to be ready for use by the general public in two years.

Only 40% of those that are 55 or older are believed to be born again.

Concerning this, Dr. George Barna said, “The influence of the Christian church has diminished while the influence of arts, entertainment, and news media has exploded.”

In conclusion, walk wisely, the days are evil, and you should not want to be embarrassed when Jesus returns.

Six, concerning election fraud, on May 25, 2021, it was reported that radio host John Fredericks said Judge Amero could decertify the Georgia election if it is found that votes were counted twice.

If Fredericks is right, the struggle to get this fraud to the U.S. Supreme Court could tear this nation apart.

The Days Are Evil” by Daymond Duck2021-05-302021-05-30https://hopeforourtimes.com/wp-content/uploads/2020/09/hfot-transp.pngHope For Our Timeshttps://hopeforourtimes.com/wp-content/uploads/2020/06/hasan-almasi-OwqLxCvoVxI-unsplash-scaled.jpg200px200px
Recent Posts
Featured Articles:
Recommended:
© Copyright 2021 Hope For Our Times. All rights reserved. 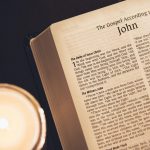 “Time For Faith In Action: I Am Not A Bystander!” by Olivier MelnickFeatured Articles