Written by Olivier Melnick – Only eighty years ago, the world was taken by surprise by the evil agenda of Adolf Hitler and the Third Reich. The intensity and frequency of the horrors inflicted upon European Jews was a shock to many and it was even hard to believe that such a country as Germany could descend so low in committing evil against fellow humans. The players in WWII can be identified as the perpetrators/collaborators (Nazis, French Vichy government, Fascist Italy), the victims (many minorities, handicapped, religious sects and of course, the Jews), the rescuers (many of whom became “Righteous Among the Nations”) and the bystanders (the many who looked the other way, and did NOTHING).

With resilience and by the grace of God, the Jewish people regrouped and grew again out of the ashes of Auschwitz, crying out to the world “NEVER AGAIN” as a testimony to the innocent victims and a commitment to never let it happen again. For a brief period of respite, the world believed that it would never happen again, but unfortunately, the global events of the last few decades have proven us wrong. Not only have we been proven wrong, but the morphing of racial antisemitism into anti-Zionism turned out to be the biggest lie that people are willing to buy. By renaming themselves anti-Israel or anti-Zionist, they believe that they are switching from anti-Semitism to social justice warriors or human rights advocates; thus, eliminating any sense of guilt they may have had in the past. The new narrative has grown very deep roots in the Western culture from the seed planted by Yasir Arafat and the PLO and watered by all the foes of Israel – including some within the evangelical world. The weed keeps growing as it continues being watered and even fertilized by the many. The victims are still the Jewish people and the perpetrators are all those who hate them in thoughts, words, or deeds.

when Yeshua explains that during the Tribulation, those who will become believers will turn out to be rescuers of persecuted Jews. I do believe, however, that at the time of the Rapture, all believers will be taken prior to the Great Tribulation (also known as the Time of Jacob’s Trouble), there will be those who turn to Yeshua during the tribulation.  Out of these believers, hearts will turn toward the Jewish people and they will aid in their rescue and protection.  This is a very powerful model of love and service that we should ALL pay attention to today – Yesterday, for that matter!

You have always had those who turn in the innocent for their own benefit or what they are convinced is for their own good – all for selfish reasons.  However, the bystanders scare me the most. Eighty years ago, Europe was plagued by Nazi antisemitism and collaborators like the French Vichy government. Those were the perpetrators that were transparent about their agenda; they were after the Jews at any cost. What about those who stayed in their apartments and peeked behind the blinders when the Gestapo came to take my grandfather away from his wife and daughter (my mother)? Were they scared? Did they feel powerless? Did they feel unconcerned because they were not Jewish – or they simply could not have cared less?  Maybe it was a combination of some of these reasons or even all of them.  However, the end result was a very large group of colleagues, neighbors and even friends who could have helped the Jewish people.  Instead, they chose to look the other way and became co-perpetrators. I have said this for a long time:  a bystander who does nothing only facilitates the crime of a perpetrator. In other words, doing nothing is still doing something.

Fast forward to 2021, Israel was at war with Hamas for 11 days and much of the world watched in horror how the IDF was going after “innocent” Palestinians. The Palestinian narrative (read: propaganda) has been pushed through the media and various government agencies around the world with the advent of Arafat, it is now believed as truth.  No fact-checking necessary.  Those in media and government want Israel to feel alone and isolated.  However, the Jewish people have the undeniable right to exist and to do it in their own ancestral, Biblical land that predates the Palestinian narrative by several millennia.

Evangelical Christians have had a history of support for Israel. After all, if you read your Bible correctly using a grammatical/historical method and paying attention to the context, it becomes extremely hard to deny the fact that God has a very special plan for Israel and the Jewish people whom He calls the “Apple of my eye” in Zechariah 2:8

. Promises and covenants were made between God and Israel, and all of them but one, the Mosaic Covenant, were unconditional and eternal. This means that they are still in effect today and that God unconditionally promised certain things to the Jewish people. They are based on God’s character and not on Israel or the Jewish people’s performance. That history of support and love for Israel, which once was known as “Christian Zionism”, is eroding, especially with the newer generation of young evangelicals, as it drastically declined from 75% to 33% in just three years.

This still leaves us with a large group of Christians who genuinely love Israel and the Jewish people but allow me to be blunt:  loving Israel doesn’t mean a trip to the Holy land, eating hummus and falafel and praying for the peace of Jerusalem (Psalm 122:6

.) Don’t quote me wrong, prayer ought to be at the foundation of all we do as modern-day followers of Yeshua, but it cannot stop there, especially today. Israel and Hamas are now experiencing a ceasefire, and I truly do not know how long it will hold. I would say at least until some tunnels in Gaza are rebuilt and the Hamas arsenal is somewhat replenished with rockets and missiles ready to be launched again on Israeli civilians. The ceasefire is in place in Israel, but there hasn’t been a complete ceasefire between Jews and their foes for the last 2000 years. Anti-Semitism is the conflict of all conflicts against the Jews. It is the longest and deadliest pandemic of all mankind, and right now it is picking up momentum like we’ve not seen or experienced since the Holocaust. It is global, it is vicious and it shows no signs of stopping.

I am somewhat encouraged by the various organizations getting involved to expose the lies, teach the truth and voice their outrage. They help educate people and hopefully call them to action. A call to action is exactly what I am praying I can do. I want to reach as many Christians as possible and challenge them to put their faith into action. Let’s see Genesis 12:3

come to life, “I will bless those who bless you, and him who dishonors you I will curse, and in you all the families of the earth shall be blessed.”

I have designed a logo available on my Facebook page that reads: “I AM NOT A BYSTANDER, Genesis 12:3

.” My hope is that people get ahold of it and post it everywhere on the net. Some people have already approached me to make signs, T-Shirts and hats…That’s great! What I really want you all to do beyond flooding the net with this image of support, is to call your Jewish Community Center, Synagogue or any other Jewish organization and tell them RIGHT NOW, when they need it the most:  “Hello, my name is ________________ and I am not a bystander.” Let the Jewish community know that you are a Bible-believing Christian and that you have their back. Make yourselves available to help if Jewish property is defaced or destroyed. It is always the right time for prayer, but we all need to kick it up a notch because it is time for our faith to be in action. Some people even believe that the war against antisemitism has been lost. If it is true, and I certainly hope it is not, we have even more reasons to get involved in the lives of our Jewish friends and become the New Righteous Among the Nations. #iamnotabystander

“Time For Faith In Action: I Am Not A Bystander!” by Olivier Melnick2021-05-302021-05-30https://hopeforourtimes.com/wp-content/uploads/2020/09/hfot-transp.pngHope For Our Timeshttps://hopeforourtimes.com/wp-content/uploads/2021/05/bystanderlogoverse_big-scaled-1.jpg200px200px
Recent Posts
Featured Articles:
Recommended:
© Copyright 2021 Hope For Our Times. All rights reserved. 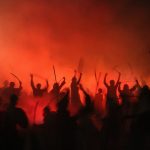 The Days Are Evil” by Daymond DuckFeatured Articles 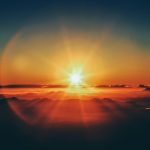