People are trying to change our conversation today. If a man calls himself a woman, people want everyone to call him a woman. Those that say same-sex marriage is wrong are homophobes, etc.

People are moving America into a different place today. Instead of the U.S. being a sovereign nation under God with freedom of speech, freedom of religion, etc., they are moving the U.S. into a world government that will ignore the God of the Bible, individual rights, freedoms, etc.

What Michelle said in 2008 is being put into place in America today.

Just before Michelle’s husband Barack Obama was elected Pres. of the U.S. in 2008, he said, “We are five days away from fundamentally transforming the United States of America.”

His Vice-Pres. was Joe Biden, who said on Apr. 5, 2013, “The affirmative task we have now is to actually create a new world order.”

Seven years (in 2015) after Obama said he would fundamentally transform America, the UN voted unanimously to approve a document called: “Transforming our World: the 2030 Agenda for Sustainable Development.”

UN Sec. Gen. Ban Ki-moon called this transformation of the world the “start of a new era.”

The UN vote to transform the world went into effect on Jan. 1, 2016, and it boils down to a call for the development of a world government by 2030 (some in the Deep State want it sooner, if possible, but the new era has begun).

This is the point.

The prophet Amos said, “Surely the Lord GOD will do nothing, but he revealeth his secret unto his servants the prophets” (Amos 3:7).

God used the Obama’s, Biden, Klaus Schwab, the World Economic Forum, and others to reveal these two Deep State plans (fundamentally transform America and transform the world) before they started doing it.

America’s Deep State and the globalist Deep State are working together to carry out the two transformation plans.

Some even believe the 2020 election was stolen and that Obama was given a third presidency to carry out the fundamental transformation of America because Biden is unable to lead.

The effort to fundamentally transform America and the world is now approaching the final stages.

Like Trump, this writer believes there may not be a U.S. presidential election 3 years from now (in 2024).

America’s Deep State and the globalist Deep State will use all the power they have to stop Trump from being elected again, and the corrupt media and global institutions will do everything they can to stop him.

Fundamentally transforming the U.S. before 2024 will speed up world government.

This is a spiritual war that will result in a satanic, godless world government that God will allow to pursue a 7-year effort to dominate and enslave the world.

Some ask why would so-called intelligent people pursue a godless world government and religion?

Many choose to believe the theory of evolution instead of the Bible’s teaching that God created and controls everything.

This will lead to the Second Coming of Jesus and His 1,000-year reign on earth.

No human knows the day or the hour of the Rapture, but this writer believes the effort to transform the U.S. and the world indicates that the Rapture is close.

The Christian’s blessed hope (the Rapture of the Church) will fundamentally change the world, allow unrestrained evil (the Antichrist) to appear, and speed up the development of godless world government and religion.

Here are some events that appear to relate to Bible prophecy.

One, concerning the decline of the U.S.: on Sept. 22, 2021, Joel Rosenberg reported that Pres. Biden promised the UN General Assembly on Sept. 21, 2021, that he will strengthen America’s relationships with our allies, but a growing number of nations view him as weak and unable or unwilling to do that.

Rosenberg pointed out that Biden has already strained America’s relationship with the UK, France, Germany, Saudi Arabia, and NATO.

One year later, Greenwood was asked to sing “God Bless the USA” at the Republican National Convention.

After that, Pres. George W. Bush appointed Greenwood to the National Council of Arts.

Greenwood was reappointed by Pres. Obama and Pres. Trump.

This week, the Biden administration notified Greenwood that he will not be reappointed to the National Council of Arts.

“God Bless the USA” was causing a twofold problem for America’s Deep State: 1) They don’t want to acknowledge the existence of God, and 2) They want the USA to be weakened, not blessed.

Three, concerning a U.S. economic collapse (which would probably trigger a global economic collapse): on Sept. 22, 2021, the Federal Reserve said it expects inflation and unemployment to rise before the end of this year.

They blamed Covid for a significant impact on the economy.

During a press conference at the White House on Sept. 24, 2021, Dept. of Homeland Security Sec. Raphael Mayorkas acknowledged that the U.S. has dispersed thousands of illegal immigrants from Haiti across the U.S. that were not tested for Covid.

Four, concerning peace in the Middle East: on Sept. 24, 2021: it was reported that 312 Iraqi leaders and activists gathered in the Kurdistan region of Iraq to publicly endorse face-to-face talks and full normalization ties with Israel.

One leader said, “We want our region to be a peaceful one, in which Israel is an inseparable part of the panoramic whole, and in which all peoples have the right to live in security.”

Peace and security are the same as peace and safety.

Update: On Sept. 26, 2021, it was reported that an Iraqi court has issued arrest warrants for 3 of the top Iraqi leaders that called for normalization ties with Israel, and the court said it would issue arrest warrants for all the others as soon as they are identified.

Five, concerning Covid: during a press conference at the White House on Sept. 24,2021, Dept. of Homeland Security Sec. Raphael Mayorkas acknowledged that the U.S. has dispersed thousands of illegal immigrants from Haiti across the U.S. that were not tested for Covid.

Six, concerning falling away in the Church: this week, the Evangelical Lutheran Church installed a transgender Bishop.

According to Franklin Graham, “The media says that this bishop is a biological female, has a wife and children, and wants to be referred to using the pronouns they or he.”

This is clear evidence that America’s conversation is changing, and America is moving into a different place (also, that false teachers have entered the Church and become part of it).

Seven, concerning an attack on Iran that could trigger the Battle of Gog and Magog: on Sept. 27, 2021, Israeli Prime Min. Bennett told the UN Gen. Assembly, “There are those in the world who seem to view Iran’s pursuit of nuclear weapons as an inevitable reality, or they’ve just become tired of hearing about it. Israel doesn’t have that privilege. We will not tire. We will not allow Iran to acquire a nuclear weapon.”

Update: Following his speech before the UN Gen. Assembly, Bennett told a group of reporters, “We mean what we say. The pace of progress towards a nuclear weapon is unacceptable – we are taking action.”

Eight, concerning citizen’s right to choose their healthcare: on Sept. 27, 2021, it was reported that more than 4,000 scientists and physicians worldwide have signed a “Physicians Declaration” accusing politicians and others of “crimes against humanity” by denying the use of life-saving medications (Ivermectin, Hydroxychloroquine, etc.), and silencing the debate on the value of these medications, etc.

As this writer understands it, thousands of scientists and physicians believe a patient’s healthcare should be decided by the patient, the patient’s family, and the patient’s doctor, not globalists, big pharma, or politically motivated bought-and-paid-for politicians.

As it is, people are deciding what medications and treatment citizens can and cannot have, and it is leading to adverse reactions and the death of some.

Writer’s comment: This was not in the article, but many globalists think a major population reduction would be a good thing (a few want it reduced from almost 8 billion to 500 million). 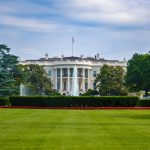 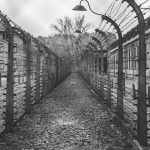