Written by Terry James – When we move from mainstream news and the almost-constant focus on COVID and its variants, we can’t go far into the blogosphere before we get equally mired in the same subject. But the talk of COVID and the variants in most of the blogs that address the so-called pandemic come from the opposite view presented by mainstream venues.

The contrarian blogs present that the pandemic is, by design of the globalists, bringing about the destruction of America. It is designed as well to reduce the population of the earth.

There await the anti-vaccers COVID camps—replace nomenclature for the FEMA camps—but in actuality, they are one and the same.

These will fill up with those who refuse to accept the various vaccines. The camps will, like the death camps of the Nazis, be used in killing the resisters by the thousands—and, eventually, by the millions.

According to these opposition blogs, those who accept the vaccines are being injected already with “spike proteins” and other deadly agents, all designed to bring the world’s population down to a sustainable level.

The Georgia Guidestones, placed there by the globalists elite, it is said, reads that desired sustainable number is around 500 million. According to this and the many blogs that are in opposition to mainstream media, the globalist cabal and the Biden administration hold that, based upon current world population, more than 7 billion people will be offed the planet through their genocidal treachery in preparation for the planned globalist utopia.

The blogs that put forth that the evil within the vaccines are “kill shots” are equally adamant about prepping. These almost always have online stores where their visitors can buy foods necessary to survive the neo-holocaust that certainly is on the way. Their business model is based upon this inevitable collapse of the United States economy and of the world’s economic structure in general.

Some who broadcast daily to their blog audiences bring Bible prophecy into their warnings of impending collapse and all it will almost certainly entail.

Food supplies will dwindle into nonexistence. The electric grid will fail across the nation and world. Water supplies will stop flowing. Even the Chinese and Russian militaries, which are now posed to do so on the northern and southern borders of the country, will invade at just the right time. Blue-helmeted UN troops will be sent door-to-door to take away resisters to the coming New World Order tyrants’ internment camps.

This is what the Bible says will happen, these blogcasters claim. Now is the time of Revelation and all the judgments written therein, they declare.

One I listened to the other day—a fellow with a biblical prophet’s name, as a matter of fact—said that there is “a group” out here that believes they will escape this coming time of Revelation-like horror. He spoke as if he was incredulous that such a belief system could exist.

He indicated, at least by tone, that this is a very small gathering, whose belief system simply, somehow, blinds them to what is going on all around them. They will be the most anguished of all when the collapse comes and Satan’s human minion’s assault and take them to the COVID camps and worse.

The blogcaster never mentioned the word “Rapture.” He did have a tinge of pity in his voice that indicated he felt badly that anyone who sees the things going on could be so deluded.

He then said he was not an authority on Bible prophecy, but that several people he knows and trusts tell him that we are all but within the Tribulation at this point. He gave the names of a couple of these prophecy teachers/writers/broadcasters. I won’t mention them, because I don’t wish or intend to get in debate with a theological miscarriage of Bible truth when it comes to things to come according to God’s Word. But they are names that you will hear time and time again if you follow the blogs I’m writing about.

Those who believe there will be a great escape from end-times trouble, the blogger said, are destined to be swept up in the genocide and starvation because they aren’t sufficiently prepped for what is to come.

I’ve tried twice to “reach out” to one of these bloggers. My purpose was to give him concise reasons the world isn’t yet in the Tribulation. I offered him a book or two giving what the Bible really has to say about that most horrific future time.

I never heard back. It is understandable, because this particular fellow has years invested in following the teachings of “no Rapture.” Well, that, plus the Rapture doesn’t fit his business model.

This isn’t meant to say that I think he doesn’t really believe what he preaches. He’s very intelligent. He is just, at best, a very immature believer. And I do believe, based upon what I hear, a believer in Jesus Christ. He, too, if belonging to our Savior, will be instantaneously snatched into the clouds when Jesus calls.

The strongest point of that assurance is that nowhere in the prophetic Word of God are we who live in the Church Age (Age of Grace) told to prepare for Antichrist.

That prince that shall come/man of sin/ son of perdition/beast is profiled in the prophetic passages, forewarned to appear during Daniel’s seventieth week, but not to the people who are believers during this present age. We who are Christians–believers during this Church Age—are not told to prepare to survive the Tribulation. We’re told to look for the Real Christ, not the phony. We are to look for Jesus Christ, not Antichrist.

Paul gave these instructions to all who believe according to Romans 10: 9–10:

Looking for that blessed hope, and the glorious appearing of the great God and our Savior Jesus Christ; Who gave himself for us, that he might redeem us from all iniquity, and purify unto himself a peculiar people, zealous of good works. (Titus 2:13–14)

The Antichrist won’t be revealed until the apostasia—the falling away or departure:

For that day shall not come, except there come a falling away first, and that man of sin be revealed, the son of perdition. (2 Thessalonians 2:3).

Although Bible students and seminary scholars have often defined this apostasia or falling away as a spiritual departure, in-depth studies in more recent times have defined this Greek noun as a spacial departure—a removal in space and time as opposed to a departure from spiritual truth.

I believe it likely falls under both definitions.

Perhaps the top scholar on the Rapture today is Dr. Thomas Ice. Here’s what he wrote for our book, The Departure.

I believe there is a strong possibility that 2 Thessalonians 2:3 is speaking of the Rapture. What do I mean? Some pretribulationists, like myself, think that the Greek noun apostasia, usually translated “apostasy,” is a reference to the Rapture and should be translated “departure.” Thus, this passage would be saying that the Day of the Lord will not come until the Rapture comes before it. If apostasia is a reference to a physical departure, then 2 Thessalonians 2:3 is strong evidence for pretribulationism. (The Departure, conclusion, Defender Publishing, 2010)

The Church is still here. We haven’t yet been translated into immortality in the Rapture. God is still, through the Holy Spirit’s indwelling each of us, using believers to restrain the evil that is trying to burst forth and bring in Antichrist’s regime of horror.

The blogs might well be on point in observing the globalists’ and leftists’ evil intentions in regard to danger to our liberty. However, all the Tribulation talk of the bloggers is erroneous at best and egregiously false teaching at worst in the claims of evil achieving Satan’s absolute control, with no Rapture in their apocalyptic scenarios. The beast’s reign can’t begin until we are gone. So have no fear that we, as believers, are about to enter that time of Daniel’s seventieth week.

Let us use that energy many have spent worrying about being tortured, hunted, and hated during that unprecedented time of trouble to instead carry out the Great Commission right now, during this Age of Grace—to tell of the only escape from that coming time –the Lord Jesus Christ and His being the only Way to God the Father and Heaven for eternity.

Because thou hast kept the word of my patience, I also will keep thee from the hour of temptation, which shall come upon all the world, to try them that dwell upon the earth. (Revelation 3:10) 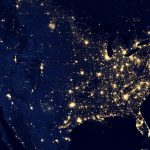 “It’s Over” by Daymond DuckFeatured Articles 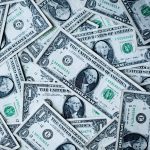 “The Next Financial Crisis” by Britt GilletteFeatured Articles