Written by Olivier Melnick – One of the most asked questions by Jewish people, when we discuss spiritual matters, is:  “Where was God during the Holocaust”? This is a valid question that many have asked and very few if any have attempted to answer. In his seminal autobiographical work titled “Night”, Elie Wiesel addresses that question in his own way. After witnessing the hanging of a young child, he wrote: “I heard someone groan: ‘For God’s sake, where is God?’ And from within me, I heard a voice answer: ‘Where is He? This is where – hanging here from these gallows.’”

In his foreword to the 1958 1st Edition of NIGHT, French novelist FRANÇOIS MAURIAC wrote: “And I, who believe that God is love, what answer was there to give my young interlocutor whose dark eyes still held the reflection of the angelic sadness that had appeared one day on the face of a hanged child? What did I say to him? Did I speak to him of that other Jew, this crucified brother who perhaps resembled him and whose cross conquered the world? Did I explain to him that what had been a stumbling block to his faith had become a cornerstone for mine? And that the connection between the cross and human suffering remains, in my view, the key to the unfathomable mystery in which the faith of his childhood was lost? And yet, Zion has risen up again out of the crematoria and the slaughterhouses. The Jewish nation has been resurrected from among its thousands of dead. It is they who have given it new life. We do not know the worth of one single drop of blood, one single tear. All is grace. If the Almighty is the Almighty, the last word for each of us belongs to Him. THAT IS WHAT I SHOULD HAVE SAID TO THE JEWISH CHILD BUT ALL I COULD DO WAS EMBRACE HIM AND WEEP.”

Again, as far as Wiesel and Mauriac went in their understanding and explanation of the Holocaust–they as we all do-fell short of grasping the depth of that tragedy. It is not uncommon to speak of Jewish history before and after Auschwitz, as the Holocaust left a scar on the Jewish people and guilt on mankind that could never be eradicated or understood, and yet, God if He didn’t cause it–and He certainly didn’t–allowed it to take place. Some of the possible reasons men have developed for the Holocaust revolve around God’s character and are worth investigating. This is based on an acceptance of the Tanach as God’s inspired, inerrant Word.

• God’s Omnipotence
Does the Tanach teach that God is omnipotent (all-powerful)? If He is not, maybe He wanted to stop the Holocaust, but the forces of evil were greater and more powerful, and as a result, the Holocaust went on. Scripture helps us to understand the omnipotence of God:
Deuteronomy 10:17

For the Lord your God is the God of gods and the Lord of lords, the great, the mighty, and the awesome God who does not show partiality nor take a bribe.
1 Chronicles 29:11

Yours, O Lord, is the greatness and the power and the glory and the victory and the majesty, indeed everything that is in the heavens and the earth; Yours is the dominion, O Lord, and You exalt Yourself as head over all.
Psalm 147:5

Great is our Lord and abundant in strength; His understanding is infinite.
Jeremiah 32:17

Ah Lord God! Behold, You have made the heavens and the earth by Your great power and by Your outstretched arm! Nothing is too difficult for You,
Isaiah 40:28

Do you not know? Have you not heard? The Everlasting God, the Lord, the Creator of the ends of the earth Does not become weary or tired. His understanding is inscrutable.

As it would appear, God is indeed omnipotent. So, the Holocaust was not beyond His reach. As a matter of fact, it did come to an end and it is believed that had Hitler not committed suicide, Nazi Germany would have acquired the atomic bomb within six months. Just imagine the carnage that would have followed. God could and did stop it, but that still doesn’t bring solace to the families of the six million innocent victims.

• God’s Omniscience
Maybe God is all-powerful, but He is not all-knowing. So, there is nothing that He cannot do, as long as He is aware of the issue. If He is indeed not all-knowing, maybe the Holocaust caught Him by surprise and only after a few years of the most horrific carnage, He decided to put an end to it. What kind of God would we worship if He didn’t have all the knowledge of the universe since we believe that He created the universe? Again, the Tanach sheds some light on that topic:
1 Chronicles 28:9a

As for you, my son Solomon, know the God of your father, and serve Him with a whole heart and a willing mind; for the Lord searches all hearts, and understands every intent of the thoughts.
Jeremiah 1:5

“Before I formed you in the womb I knew you, and before you were born I consecrated you; I have appointed you a prophet to the nations.”
Jeremiah 23:24

He counts the number of the stars; He gives names to all of them.
Job 28:24

“For He looks to the ends of the earth and sees everything under the heavens.

As it would appear, God is also omniscient. So, the Holocaust didn’t catch Him by surprise. He knew about it from before the beginning of time, but that still doesn’t bring solace to the families of the six million innocent victims.

• God’s Lovingkindness
Our loving God might not be so loving after all. Maybe He decided to punish Israel for rebellion and disobedience based on Deuteronomy 28. If God was to destroy all Israel for disobedience, He had numerous opportunities before the 1930s and 40s. Is His love unconditional? Let’s look at His Word for answers.
Psalm 86:15

But You, O Lord, are a God merciful and gracious, slow to anger and abundant in lovingkindness and truth.
Psalm 136:26

Give thanks to the God of heaven, for His lovingkindness is everlasting.
Zephaniah 3:17

“The Lord your God is in your midst, A victorious warrior. He will exult over you with joy, He will be quiet in His love, He will rejoice over you with shouts of joy.
Isaiah 54:10

“For the mountains may be removed and the hills may shake, But My lovingkindness will not be removed from you, And My covenant of peace will not be shaken,” Says the Lord who has compassion on you.
Jeremiah 31:35-37

“Thus says the LORD, Who gives the sun for light by day And the fixed order of the moon and the stars for light by night, Who stirs up the sea so that its waves roar; The LORD of hosts is His name: “If this fixed order departs From before Me,” declares the LORD, “Then the offspring of Israel also will cease From being a nation before Me forever.” Thus says the LORD, “If the heavens above can be measured and the foundations of the earth searched out below, Then I will also cast off all the offspring of Israel For all that they have done,” declares the LORD.

Again, God’s Word confirms to us that He is all-loving and compassionate, and this, based on His promises and covenants with Israel, but that still doesn’t bring solace to the families of the six million innocent victims.

• God’s Perfection
Maybe God is flawed. Maybe He is not perfect. Who would want a relationship with a God who is not perfect? What does His Word tell us about His perfection and holiness?
Deuteronomy 32:4

“The Rock! His work is perfect, for all His ways are just; A God of faithfulness and without injustice, Righteous and upright is He.
Psalm 18:30

As for God, His way is blameless; The word of the Lord is tried; He is a shield to all who take refuge in Him.
Proverbs 30:5

Every word of God is tested; He is a shield to those who take refuge in Him.

God is perfect and holy in every way possible, but that still doesn’t bring solace to the families of the six million innocent victims.

So, to the unanswered question “Where was God during the Holocaust?”.  We who hold His Word to be inspired and without error, might not have a solid answer. Nevertheless, we proclaim that God is all-powerful, all-knowing, all-loving and perfect.  God might have not been a reality to those who suffered the horrors of the Holocaust, but he was not dead. We could call it an “eclipse of God”, like a real presence without any visibility or tangible proof. His Word tells of His suffering on behalf of His chosen people in Isaiah. This is a very encouraging verse that I often revisit:

In all their affliction He was afflicted, and the angel of His presence saved them; In His love and in His mercy He redeemed them, and He lifted them and carried them all the days of old.

God suffered along with His people during the pogroms, in the ghettos and through the death camps’ ordeals. This is not the only time we witness God’s presence with the Jewish people during their suffering. We can also read about how jealous God was for Jerusalem in Zechariah 1:7-17

Upon reflection on the topic of the Holocaust, should we ask the question “Where was God?” or “Where was man?” Our unchangeable, almighty creator was always there, but man somehow was allowed to make choices that led to the systematic death of the six million. We should never hold God responsible for what men did to other men! In the meantime, maybe all we can do to show the love of Messiah is follow the advice of François Mauriac and embrace those who have suffered a loss in the Holocaust.

“Where Was God During the Holocaust?” by Olivier Melnick2021-04-302021-04-30https://hopeforourtimes.com/wp-content/uploads/2020/09/hfot-transp.pngHope For Our Timeshttps://hopeforourtimes.com/wp-content/uploads/2021/04/barbwire.jpg200px200px
Recent Posts
Featured Articles:
Recommended:
© Copyright 2021 Hope For Our Times. All rights reserved. 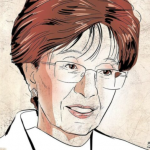 Do Jewish Lives Matter only in Theory?Featured Articles 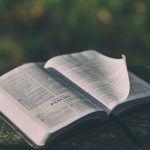